The gutter press comes to town 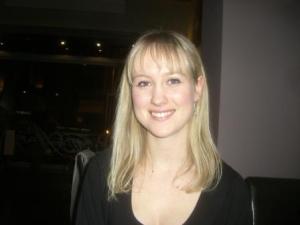 A few weeks back, a young lady calling herself Arabella Ridge, and purporting to be a work-experience student, showed up in Brussels.  She was shadowing Tom Wise MEP, formerly of UKIP.

Most MEPs, in my experience, are keen to encourage bright young people with an interest in politics.  In my own case, I have had numerous young people working in my offices in Brussels and Strasbourg, and many more who have come for a week or two of work experience.  Some of my former employees have gone on to do great things, and I take great pride and satisfaction from that.  Sally McNamara, who worked for Chris and myself between 1999 and 2004 is now running the Margaret Thatcher Centre at the Heritage Foundation in Washington.  Cat Bray from Narborough worked for me, and later for other colleagues, and is also now in Washington, with the American Legislative Exchange Council, and working on “Atlantic Bridge”, a Conservative initiative to promote the transatlantic relationship.  Emma McClarkin, who worked as Press Officer and then Researcher for over five years, is now #2 on the East Midlands Conservative euro-list, and likely to be elected next year.

So it is not surprising that a number of colleagues were very happy to help young Arabella.  I bumped into her at a seminar on the problems of placing wind farms in peat landscapes.  She spent some time in my office, where my staff briefed her.  She was entertained to dinners, and to drinks afterwards (I missed that course, fortunately, since as everyone knows I tend to go straight to bed after dinner). And — you guessed it — she turned out to be an undercover reporter for the news of the World (NOTW).

I must admit that I had a passing suspicion, which I shared with both colleagues and my staff.  I noticed that she seemed to go to the bathroom about every thirty minutes.  Bulimia?  Changing the tape?  Phoning the office?  I also thought I caught a glimpse of an electronic gizmo in her capacious handbag.  But many of us do carry phones and blackberries and other devices, and to be honest I felt I was being slightly paranoid in warning people.  But sadly, my suspicions were well-founded.  Arabella was in fact Sophy Ridge, a journo with NOTW.

She was of course massively in breach of the Press Code.  She gained access to the parliament dishonestly by lying about her status.  She took clandestine photographs and (I assume) made clandestine recordings.  These matters may be of interest to the Press Complaints Commission.

On May 12th, her first salvo appeared.  Tom Wise bore the main brunt, but I was there too, described as “exploiting the expenses system” and “filling my boots”.  So what had I done?  She had unearthed the fact that the parliament’s administration had made an error in calculating my expenses, and that I had asked them to correct it.  My policy on expenses is that I accept exactly what the rules provide — not a penny more, not a penny less.  It seems to me that anyone who receives expenses in the course of their work would do exactly what I did.  But in the parallel universe of NOTW, this innocent story is a scandal worth several column inches.

She also made great play of my having “eaten scallops”, as though this in itself were clear evidence of scandal, and she accompanied the piece with a clandestine photo of me, fork-in-mouth.

The next week it was Chris’s turn.  He was headlined “Mr. Eat-On-Us”.  It was only days later I realised that this was intended to be a pun on “Heaton-Harris”.  His offence?  He had told Arabella that MEPs are besieged by invitations from lobbyists.  This is (A) True, and (B) Common knowledge.  Not much of a scoop there, and particularly unfair on Chris, who has made a point of being abstemious in accepting hospitality, and who has done Sterling work in exposing corruption in the EU institutions.

Personally, I make no bones about seeing lobbyists and attending briefings and dinner debates, with or without hospitality, but only when the topic is one that interests me — for example on energy issues, which I have followed in some detail.  I have learned a huge amount about a wide range of industries and issues, and this knowledge has been invaluable in doing my job.  Ironically, even if Chris had been accepting dinners from lobbyists, he would not be eating on the NOTW, or on the tax-payer, but at the expense of the lobbyists concerned.

The fact is that NOTW has taken wholly mundane and routine facts and turned them into highly pejorative and prejudicial reports which are entirely unjustified.  They are probably libellous.  Yet I can’t help feeling a sneaking regard for Arabella/Sophy.  I am furious at what she did, but I have to admire the skill with which she did it.  In fact I wonder why she doesn’t take up acting full-time and go on the stage.  Her skills would be better used there than in the tawdry world of tabloid journalism.

13 Responses to The gutter press comes to town