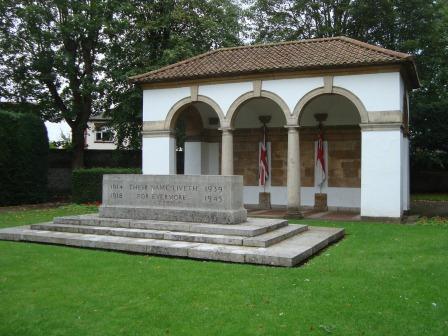 As a conservative, I am inclined to the view that rather little decent art, or literature, or poetry or music was produced after around 1920.  And the same goes for architecture, which is perhaps why I’m a great fan of Sir Edwin Lutyens.

He started his career in the dying years of the 19th century, and became famous in the Edwardian Sunset for his Surrey vernacular country houses, often working with the landscape gardener Gertrude Jekyll.  A Lutyens/Jekyll country house became the aspiration of the affluent upper-middle classes.  He went on to civic and commercial architecture, and after the First World War, sadly, found much of his attention taken up with War Memorials.

In a peripatetic life I’ve been privileged to visit many of his buildings.  The Rashtrapati Bhavan, or Viceroy’s Palace, in New Delhi; the British Ambassador’s Residence in Washington; and the magnificent arched War Memorial at Thiepval on the Somme.  I’ve been to many of his buildings in the UK, from Lindisfarne Castle in Northumberland to Castle Drogo in Devon.

I have known for some time that there was a Lutyens War Memorial in Spalding, but I’d never had the chance to find it.  Last Friday, ahead of the South Holland Supper Club event, I found myself in Spalding with an hour on my hands, and enquired in the South Holland Centre, where a very helpful lady gave me directions.  The memorial is in the park at Ayscoughee Hall, just a short walk from the town centre across the river via a rather attractive pedestrian bridge.

A three-arched pavilion structure, it faces a rectangular lake which Lutyens would have no doubt called a “tank”, and is surrounded by remarkable curvilinear clipped yew hedges.  It is about as close to perfect as a War Memorial can be.  If you’re in Spalding, be sure to visit it.  I hope to be able to get to Spalding for the Remembrance Service at the Memorial later this year.