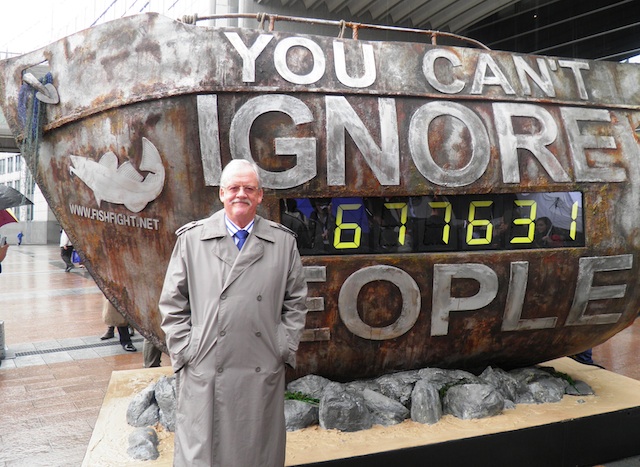 I’ve written elsewhere about the scandal of the EU’s Common Fisheries Policy, and the millions of tons of perfectly good fish thrown back dead into the North Sea because of the quota system.  But it took a TV personality to make a real connection with the public.  I’ve been happy to back Hugh Fearnley Whittingstall’s Great Fish Fight Campaign — as have 600,000+ people.

I was delighted when Hugh brought his campaign to the European parliament in Brussels, along with his ship-wreck — a perfect metaphor for the CFP.  Worth going out in the pouring rain to see. 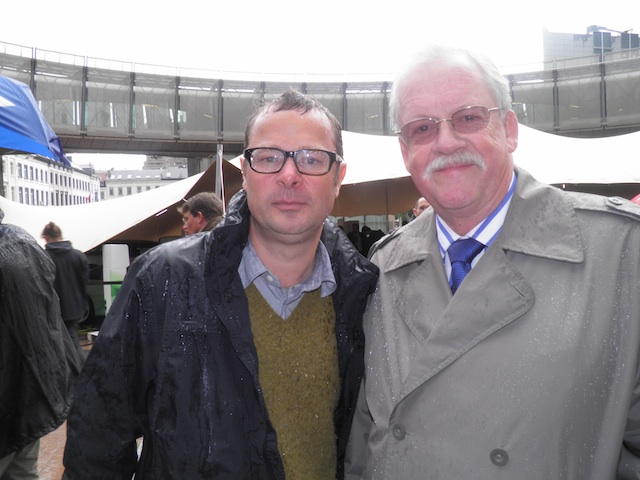 Brux, May 31st: With Hugh Fearnley Whittingstall and his Fish Fight Campaign (in the rain).