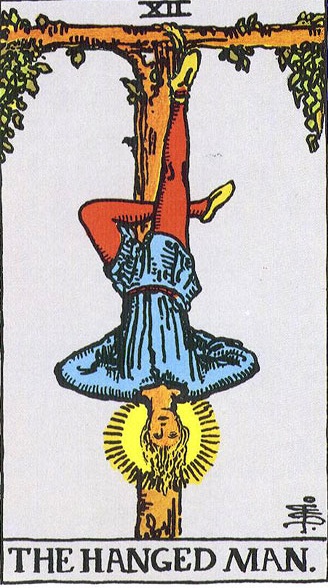 It is an axiom of bien pensant opinion — à la BBC and Guardian — that capital punishment is always and everywhere a great evil, and that only ignorant, unreconstructed redneck fascists would support it.  If so, there must be an awful lot of ignorant red-necks in Britain.  And occasionally, an exceptionally egregious crime is reported that reminds those people of just why they think that capital punishment is sometimes appropriate.

I write, of course, about Levi Bellfield.  The murder of Milly Dowler was a horrible crime that shocked the nation, and now we have been shocked all over again by the treatment of the Dowler family in court.  But Bellfield’s defence team were merely following the direction of the accused.  Bellfield presumably derived some perverted pleasure from the murder.  We also have to conclude that, not content with that, he set out to derive further sadistic pleasure from the quite unnecessary persecution and humiliation of the Dowler family in court.  The line of cross-examination did Bellfield no good at all — indeed it may well simply have angered the jury.

Bellfield is a serious danger to society, and apparently a man with no redeeming features.   He reminds us of why, in some cases, capital punishment seems entirely appropriate — indeed, the least we can do.

So let’s review some of the arguments in favour of capital punishment.

First, to many of us the idea of “a life for a life” simply represents natural justice.  I’m sorry if Polly Toynbee can’t see that, but to many of us it’s self-evident.

Secondly, it is right.  Yes, we all have a right to life, but that right in practice depends on a very broad consensus — we respect that right, and in return we expect the protection afforded by that right.  If we break that consensus, if we disregard the right to life with respect to others, than we can scarcely claim its protection for ourselves.

Thirdly, it assuages the anger of the public, and brings closure to both the public and the victim’s family.  Of course the Dowlers have borne the brunt of the pain and anguish in this case.  But society as a whole feels outraged, and demands to see justice done.  The punishment should fit the crime.  Bellfield’s sentence however, in this case, amounts to little more than resuming the prison term he was serving for other murders.  That seems wholly inadequate to the offence, or to the memory of the victim.

Fourthly, protection of the public.  In a previous life when I was involved in hiring employees in business, one of the truisms of recruitment was that the best guide to an employee’s future behaviour was his past behaviour.  Bellfield may well be sentenced to spend his whole life in jail, but as a repeat offender, if he were to escape, or to be paroled by some bleeding-heart Home Secretary in twenty years’ time, he would very probably re-offend.

I don’t regard repeat offending as a necessary criterion for capital punishment, but it certainly strengthens the case.

Fifthly, the cost.  I don’t for a moment suggest that anyone should be hanged just to save money, yet cost adds further weight to the moral and public safety arguments.  It costs upwards of £40k a year to keep a man in jail (perhaps more if he needs solitary confinement, which could apply to Bellfield).  Keeping him in jail for 25 years would cost north of a million pounds — money that Justice Secretary Ken Clarke doesn’t have, and that tax-payers would be reluctant to stump up for such a man.  Provided we avoid the excruciating, decades-long appeals procedures that disfigure American justice in capital cases, we shall find that twenty-five feet of good hemp rope come in a great deal cheaper than twenty-five years in jail.

The arguments against simply don’t stand up.  What about the risk of a miscarriage of justice, and an innocent man being executed?  Of course capital punishment should only be applied where the guilt is clear, as in this case.  Of course the judge should be able to commute to life imprisonment if he has any mental reservation about the jury’s verdict.  That’s what judges get paid for — to use their judgement.

And if we hang a murderer, at least he can’t do it again.  If we agree that the main purpose of the judicial and penal systems is to protect the public, it is a racing certainty that more innocent people have died at the hands of repeat offenders (who I would argue should have been hanged first time round) than have ever died from miscarriages of justice.  Capital punishment will save innocent lives.

Readers who may be following me so far will want to recall, however, that even if parliament could be persuaded of the case, we are today prohibited from reintroducing capital punishment by EU law.  Yet another reason why we should be Better Off Out.

36 Responses to The Hanged Man