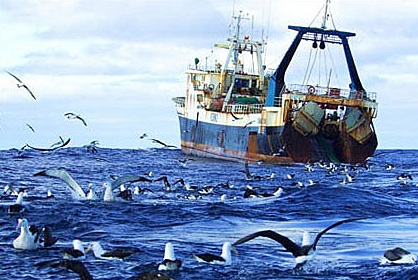 I don’t usually use this blog for guest appearances, but my colleague Struan Stevenson MEP (Scotland) knows far more about the CFP than I do, and I thought this piece was worth sharing:

In July the European Parliament received the long-awaited proposal from the Commission on the reform of the Common Fisheries Policy. The CFP has been an abject failure and this reform comes at a time when 80% of European stocks are in a critical state of over-exploitation, so reform is long overdue. The key issue is regionalisation; to break the Brussels micro-managed stranglehold and devolve responsibility to the stakeholders.

Sadly, radical proposals for regionalisation of day-to-day fisheries management have not appeared in the Commission proposals. Apparently they were vetoed by the Commission’s lawyers who argue that it would breach the Treaties to give back power to the Member States. Although the preamble to the Commission’s document speaks about further enhancing and streamlining stakeholder’s involvement, the rest of the text offers no real conclusions as to how this might be achieved. Clearly the scene is set for some major legal battles on this crucial issue between the Parliament, the Council and the Commission.

Our job now in the European Parliament is to produce amendments that re-introduce meaningful regionalisation, devolving day-to-day management responsibilities for fisheries to the Member States. The Treaty obligation to control this common policy from Brussels can be met by the European Commission setting the main framework for the CFP and monitoring its proper application in the Member States. Commissioner Damanaki originally proposed that she could offer a basket of options of fisheries management tools from which the Member States could choose. This pledge needs to be fulfilled.

The current mish-mash of TACs, quotas, effort limitation, tie-ups, licence parking, decommissioning and technical measures, all run by Brussels, has almost wrecked the industry and reduced income to a pittance. The top-down approach has failed and any serious reform has got to involve the fishermen and the scientists themselves, if it is to have any chance of success. This must also go hand in hand with an improvement to fisheries science and better coordination of activities between the stakeholders. TACs and quotas may work well in a clean fishery, but in mixed fisheries like the North Sea a new arrangement has to be found.

The Fisheries Commissioner, Maria Damanaki, has been quite clear in her reasoning that tradable fishing rights should only ever be traded within a Member State and not across borders, providing the necessary protection our whitefish fleet needs and yet still enabling an element of flexibility that would benefit our fishermen. Tradable fishing rights at a European level would simply lead to a Spanish takeover of the UK’s whitefish fleet and would jeopardise relative stability. However, the CFP Reform package states clearly under Article 32 that “A Member State may authorise the leasing of individual fishing opportunities to and from other Member States.” This has caused great consternation in the industry and has to be deleted from the final legislation.

The Commission has also made it clear that the main thrust of the proposal will be based on an ecosystems based approach and maximum sustainable yields. The widespread practice of discarding will also be gradually phased-out: Starting in January 2014 the ban will apply to the main species near the sea’s surface (pelagic), such as mackerel and herring, and would be extended to deeper dwelling (demersal) stocks, such as cod, hake and sole, in January 2015. The ban would not apply to haddock, whiting, plaice and other similar stocks until January 2016.

Whatever the outcome of the upcoming debate, we cannot allow this opportunity to pass without seizing the chance to break the cycle of mis-management and decline that has been the hallmark of the centralised CFP up until now. This is our only chance to establish a new management system that can maintain relative stability, bring about an end to discards, achieve the ecosystem and environmental standards that we believe are crucial to provide for a sustainable future and at the same time, ensure a commercially profitable livelihood for our fishermen.

Senior Vice-President of the Fisheries Committee