Posted on October 2, 2011 by rogeroffice 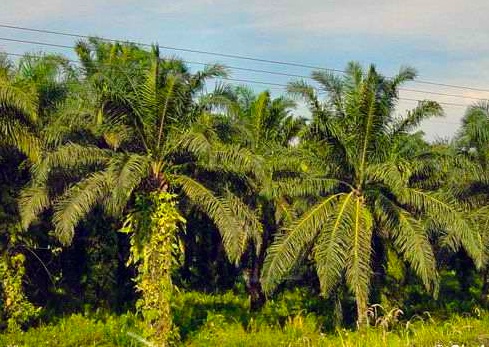 Nonsense on stilts?  No — in this case, it’s nonsense on bio-fuels.

We’ve allowed the European Commission to take over our decision-making on a wide range of climate and energy policy issues, and it seems they’re just plain getting it wrong, and making perverse decisions.  Worse still, they seem to be making those decisions based on the advice of über-green NGOs that are part-funded by the Commission itself.

I’m not going to take issue (this time) with the question of climate change.  Let’s assume we want to reduce CO2 emissions.  Then arguably bio-fuels are a good way to do it, because plants absorb CO2 as they grow, and emit it when they’re burned — so in theory they should be CO2-neutral.  But of course it’s not that simple.  It never is.

The business of growing, harvesting, processing and transporting bio-fuels burns a lot of diesel, and requires fertilisers and so on.  Then there are abstruse issues about changes in land use — did we chop down rain forest to grow sugar-cane, for example?  So rather than saving 100% of the emissions of a similar quantity (energy-wise) of, say, diesel, we only save a percentage, after allowing for all the production inputs.

In its Renewable Energy Directive (RED), the EU, quite rightly, has said that we can only justify the use of bio-fuels if the saving exceeds a set level.  So far, so sensible.  They’ve set a threshold of a 35% saving.  But this means we’ve got to calculate (or estimate) the CO2 savings associated with each and every bio-fuel.  Which is where the problem starts.

Take palm oil.  The EU calculates the savings of CO2 for palm-oil-based bio-fuel at only 19% of the equivalent emissions of fossil fuel — way below their 35% threshold.  So palm-oil does not qualify under the RED rules.

But I have in front of me a paper from the Friedrich Schiller University of Jena, and the Max Planck Institute of Economics — prestigious and respected organisations. Using calculations based on data from the EU’s own Joint Research Centre (JEC 2011), they find that they are unable to replicate the EU’s 19% figure.  On the contrary, and based on a range of production scenarios, they consistently get figures above the EU’s 35% threshold.

I have therefore put a Written Question to the Commission as follows:

Is the Commission aware of a new study released by academics at Friedrich Schiller University and the Max Planck Institute of Economics, which criticises the EU’s renewable energy policy, revealing it as protectionist, trade-distorting, and discriminatory?

Will the Commission now admit what several independent studies have revealed: that the EU is using environmental regulations such as RED as a way to erect trade barriers against better-value imports from outside the EU?

European consumers and businesses deserve the best, cheapest and most effective energy sources that are available from around the world. By erecting trade barriers in the form of burdensome environmental regulation, the Commission is denying them this choice. This is ‘green protectionism’ of the worst kind, and the Commission could at least be open and transparent about that fact.”

Of course I don’t know who’s right, or why the Commission might favour a lower figure.  But I have a pretty good idea.  The green NGOs that the Commission funds, and consorts with, and seeks advice from, have a passionate hatred of palm oil, which they believe (wrongly, in my view) is responsible for widespread clearances of rain forests in Malaysia and Indonesia.  Malaysia (where I lived for a number of years) has a very credible and robust conservation policy, while Indonesia is rapidly developing along similar lines.

The Commission also has strongly protectionist instincts.  So the Commission has every incentive to come up with a low estimate of CO2 savings on palm oil, both to appease the NGOs it relies on so heavily, and to make imports of palm oil more difficult.  Environmentalism becomes a very convenient non-tariff barrier.

I look forward to sharing with you the Commission’s response to my question.