Camborne is wrong on the eurozone 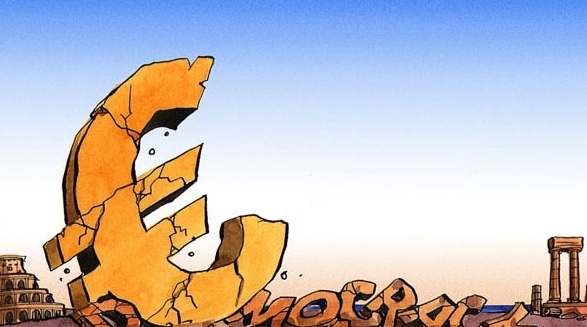 Cameron and Osborne have a clear line on the eurozone.  While they think the €uro was a misguided venture, and they don’t want to join — ever — the argument goes that a disorderly breakdown of the €uro would be a disaster for the UK economy, and that the eurozone is such a key trading partner for the UK that any recession there would cause us huge damage.

Based on this analysis, Cameron makes encouraging noises about “Big bazookas”, and (despite the Veto) about the UK’s moral support for efforts to save the €uro.  And he is prepared to cough up billions of British tax-payers’ money for the IMF, knowing that much of it will be diverted to “Saving the €uro”.

I think this analysis is fundamentally flawed.  For a start, I don’t believe that the €uro can be saved, and I believe that attempts to do so are just throwing good money after bad.

I wrote yesterday about the importance of seeking trade and growth outside Europe, and I quoted Matthew Lynn in Money Week, who argues cogently that a eurozone melt-down may do the UK a great deal less damage than the pundits predict — and may even offer net benefits.  Of course every silver lining comes with a cloud.  For example, if the UK becomes a “safe haven” from the eurozone, we may see capital inflows that drive up Sterling and damage our competitiveness.  The Bank of England is reported to be looking at emergency capital controls to deal with this contingency.

Nonetheless, we should bear in mind that there are credible voices challenging the “disaster for Britain” scenario.

There is a broader reason to believe that a €uro melt-down would not be all bad — for Britain and, indeed, for Europe.  Lord Lawson has described the €uro as “one of the most irresponsible political initiatives of the post-war era”.  Sajid Javid has described the €uro, with some justification, as “A Bankruptcy Machine”.

To get past the current hard times, we need growth.  It will benefit the UK hugely if our major trading partner, the EU, resumes a growth trajectory.  In my view, that cannot happen so long as the €uro is in place.  You can’t grow when your currency is a bankruptcy machine.

Remember when we left the ERM in 1992?  All the pundits predicted disaster, yet growth and recovery started almost instantaneously.  Imagine, for a moment, Greece defaulting and devaluing.  Suddenly their ouzo and their olive oil, their tourism and their tavernas, would be competitive again.  Growth and recovery come with a competitive currency.  Within the €uro, Greece faces nothing better than decades of grinding deflation, and very likely civil unrest as well.  The same applies to Portugal, Italy, Spain.

Of course all this won’t be pain-free, and many banks will suffer from sovereign defaults.  But we have to bite the bullet sometime, and all our efforts to rescue a failing currency just postpone the day of reckoning.

To summarise: the Camborne policy can’t succeed.  It will prove hugely expensive.  And far from delivering growth, it actually prevents growth and keeps Europe in recession.  Bad news all round, and time for a new, euro-realist approach.

This blogpost first appeared on ConservativeHome.

11 Responses to Camborne is wrong on the eurozone