Irrepressible optimism on the €uro break-up

Posted on January 2, 2012 by rogeroffice 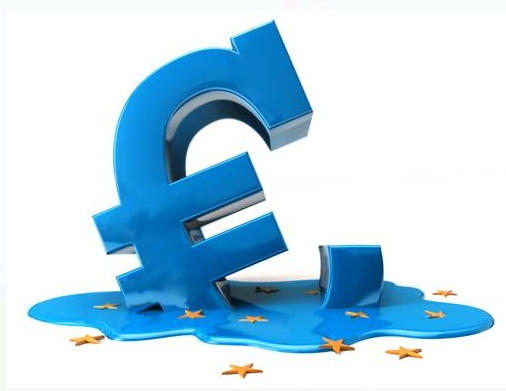 I must apologise for my irrepressible optimism (“Makes a change”, I hear you say) on the forthcoming €uro break-up.  And it seems that everyone expects it to break up.  Yesterday it was Peter Sands, Chief Executive of Standard Chartered Bank, warning of the increasing likelihood of a split.   Today, it was the Centre for Economic and Business Research (CEBR) which rated a break-up in 10 years “99% likely”, and this year 60% likely.

I wrote some days ago about possible reasons to think that such an outcome might not be quite so bad for the UK as most pundits (and Camborne) seem to think.  I quoted Matthew Lynn of Money Week who argues that a €uro break-up could actually be a net positive for the UK economy.

But there is another reason for optimism (alongside the fairly obvious fact that the European recovery can’t begin until European countries have competitive currencies).  The most likely scenario for a €uro break-up is that Greece will drop off the bottom, quite likely followed by Portugal, and perhaps Ireland and Italy, leaving a rump-euro, or wurst-euro, or Northern euro.  OK.  Let’s be honest and call it a German euro.  But whatever we call it, if you take out the weaker Club Med economies, the remaining rump-euro will be a stronger currency.  It will appreciate, perhaps strongly, against the current euro, and against the Pound Sterling and the US Dollar.

Bad news for German exports.  Perhaps Germans will finally understand the export benefits they have enjoyed from an artificially under-valued currency — something that has so far escaped their notice.  They will also see some up-sides.  As Germany becomes increasingly an importer of energy (as they close down their nuclear facilities), they will benefit from cheaper imports.

But good news also for some on this side of the Channel.  And I’d better declare an interest.  A significant part of the pension I hope to draw one day will be denominated in €uros.  If they’re German €uros, that will be worth more in Sterling.  (Assuming, of course, that I ever get to retire!)

But being less parochial, it will also be good for Britain.  British exports will become suddenly much more competitive against German exports.  So.  Good for Greece — its recovery starts with a competitive currency.  Good for Britain.  So why do we keep rehearsing our apocalyptic rhetoric about a euro break-up being a disaster for Britain?  Let’s look on the bright side, welcome the inevitable, and count the benefits.

1 Response to Irrepressible optimism on the €uro break-up