Posted on January 5, 2012 by rogeroffice 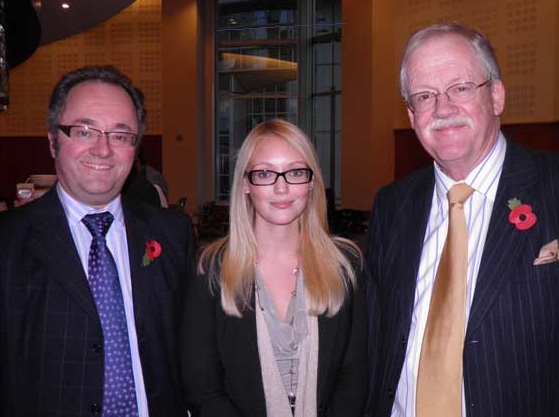 Eagle-eyed readers may have noticed that back in October I announced my intention to resign from the European parliament effective December 31st.  What, then, am I doing still in place on January 5th, in the Happy New Year of 2012?  The simple facts are that (A) I was asked by our delegation leader, Martin Callanan, to stay through January, for some key votes in the Jan Straz session.  And (B), in the meantime, it seems that CCHQ have some administrative problems with the succession process, and naturally I want to see those resolved before I sign on the dotted line.

I am not by any means eager to give any more airing to the issues at CCHQ, but on the other hand I believe that the good people of the East Midlands — voters, Conservative Party members, regional media — are entitled to know what is happening with regard to their representation in Brussels.  Certainly I have had considerable interest from regional papers and radio stations.

In particular, I want to respond to some criticisms and misconceptions which have appeared on various blogs.  Guido Fawkes was disobliging enough to suggest that the basis of the request from the delegation leader was not very credible.  “Given that Helmer’s single vote is unlikely to be crucial at the talking shop that is the European Parliament and in any event Matthews is of a like mind to Helmer, this line isn’t completely convincing”.

I need to explain, Guido, that there is an “all-change” musical-chairs moment at the mid-point of the European parliament’s five-year term, when key positions from the Parliament President down are re-allocated, based on the famous d’Hondt head-count system.  So, quite literally, every head counts.  Now of course the transfer from an MEP to his successor in the case of a mid-term vacancy should in theory be seamless and instantaneous.  But in practice there can be delays, and if the vacancy I had proposed to create were unfilled during the Jan Straz week, it could make all the difference between getting a key committee chairmanship, and not getting it.

Personally, I have never taken any great interest in the allocation of glittering prizes in Brussels — one can campaign against the federalist farce better from the back benches — but I quite understand that the ECR Group is concerned about it, and I naturally want to help.  That was why I agreed to stay in January.

Another blogger suggested that I was now seeking to stay on for the sake of my MEP’s salary.  But in that case, why would I have offered to resign in the first place?

More seriously, it’s been suggested that I am engaged in special pleading on behalf of an old friend; that I am seeking to subvert the Party’s selection system; and most damagingly, that I regard my seat in Brussels as my personal fiefdom, and in my gift for whomever I choose to favour.  Nothing could be further from the truth — if anything, it’s CCHQ which is seeking to subvert the Party’s selection system.

I am not asking for any special favour for Rupert.  I am simply asking that the Party should keep to the established rules of the regional list PR system; that it should recognise the legitimacy of the status of the Next-in-Line on the list (as has been done in every single case of a mid-term vacancy since the regional list PR system was introduced); that it should respect the democratic decision of some 3000+ Conservative Party members in the 2008 postal selection ballot, and the democratic decision of a million East Midlands voters in the 2009 euro elections.

That said, at a personal level I should be very angry indeed if a loyal, long-term Conservative Party Member and activist, who has worked his socks off for the Party, not least in the 2009 euro-elections, and who has already missed out on a seat in Brussels because of the Party’s positive discrimination policy, should now miss out again because CCHQ can’t quite get its head around the regional list PR system, and seems inclined to set aside a legitimate democratic decision in favour of some modish prejudices.  I should be very angry, and so, I suspect, would a great number of East Midlands Conservatives.