Croatia votes for a noose 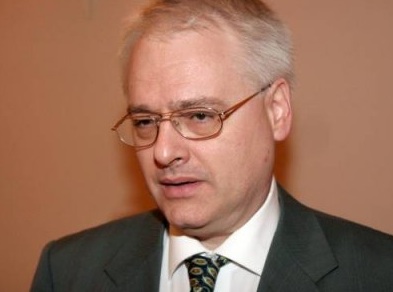 Croatia is a delightful country with wonderful beaches on its Adriatic coast-line, and historic cities like Dubrovnik and Split.  A popular tourist destination, it has a place in European history, and claims to have invented the neck-tie.

I have spent a certain amount of time on the issue of Croatia’s proposed accession to the EU — including a week-long visit in May 2007, with my colleague Emma McClarkin, to Zagreb and Split.    I wrote at some length of my experiences there, and the concerns I had over Croatia’s readiness to join the EU.  I formed the view that Croatia was not a democratic state under the rule of law, with free media, free markets, property rights, enforceable contracts and a transparent judicial system.  I was concerned about crony capitalism (and that’s real crony capitalism, not the ersatz kind that’s just found its way into the UK’s political discourse).  Unexplained wealth amongst politicians.  Organised crime.  Endemic bribery and corruption.  Trafficking of all kinds.

The European Commission argues that huge reforms have taken place over the last five years, and that Croatia is now ready for EU membership.  They said the same, of course, about Romania and Bulgaria (already EU members).  But many commentators feel that those countries saw the EU’s entry criteria as an obstacle to be overcome, rather than as new standards to be embedded in public life.  It was like limbo dancing — a huge effort to get under the bar, but a chance to resume business-as-usual once you’d made it.  My contacts in Croatia feel that such progress as there may have been is slight, and patchy, and largely cosmetic, and easily reversed once the accession pressures are off.

Which is a shame, since as I write, Croatians are going to the polls in their EU referendum, and pundits are predicting perhaps a 60% Yes vote.  After all, relatively poor countries like Croatia tend to see the EU first and foremost as a source of subsidies.

I was particularly alarmed by an interview I saw a couple of days back with Croatian President Ivo Josipovic.  Accepting that there was opposition to EU membership in Croatia, he nonetheless felt that membership was in his country’s best interests.  Asked specifically about the €uro, he again accepted that there were concerns, but thought it would all come out in the wash.  “After all”, he said (as near as I can remember), “we must recall that the real economic problem is the indebtedness of nations, not the single currency”.

The naïveté of this view is positively scary.

Of course the President is half right.  Many countries around the world — the USA, UK, Japan — have very serious debt problems that cannot be attributed wholly to the €uro.  But his failure to recognise the specific problems of the eurozone is surely a matter of concern.  Few eurosceptics will need a briefing on those problems, but John O’Sullivan on ConHome offers a superb discussion and analysis.

In short, the €uro adds a whole new dimension to the economic crisis, by creating imbalances of competitiveness between northern and southern Europe (think Germany & Greece) that simply cannot be resolved within the €uro’s fixed-exchange-rate structure.  €uro break-up is increasingly seen as the only viable long-term solution.  Ten years ago there was extensive discussion about “the right rate at which to join”, and I used to argue that there was no right rate, since the rate which is right today will be wrong tomorrow, and in ten years’ time.  Now we see it happening before our eyes.

I hope that the Croatians know what they’re getting into.  I suspect not.  Never mind the neck-tie.  Today, they’re voting for a noose.

5 Responses to Croatia votes for a noose