There’s gold in them thar hills!

Posted on February 1, 2012 by rogeroffice 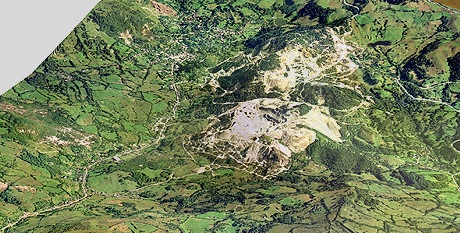 Recently I accompanied a delegation of the European parliament’s Petitions Committee to Romania, to look inter alia at a proposed gold mining project at Rosia Montana.    There are environmental concerns about the extraction of gold, a process which uses cyanide.  At the same time the project offers a huge economic and employment opportunity in one of the poorest parts of the EU.

In Romania, we heard a broad range of views.  While I am no expert on mining and mining waste, I formed the view that adequate safeguards were in place and that on balance the huge potential benefits outweighed the risks.  The challenges of gold extraction are there to be managed, not to be fled from in terror.

One of our Romanian colleagues, Mr. Victor Bostinaru, organised a “debate” in the parliament today on the issue.  I say “debate”, but what Mr. Bostinaru had organised was in fact a deliberate hatchet job, presumably designed for political consumption at home, in which he systematically and deliberately sought to deny airtime to any opinion but his own.  His behaviour was such an affront to parliamentary norms that I felt moved to write to the Chairman of the Petitions Committee, Erminia Mazzoni MEP, to draw it to her attention.

I thought that in your capacity as Chairman of the Petitions Committee, you might be interested in the Hearing organised and chaired this morning by our colleague Victor Bostinaru on the subject of the Rosia Montana gold mining project.  You will recall that a delegation from the Petitions Committee recently visited Romania, and heard from both supporters and objectors to the project.  I have taken an interest in this debate, and I attended the hearing from the start, at 9:30.  The agenda provided for a general debate at 10:20, after three speakers, and before a second round of five further speakers.

The representative of the Danish Presidency presented a speech which almost totally lacked content or relevance to the issue.  The Commission speaker Michel Sponar gave a very competent presentation on the Directive on Mining Waste.

Apart from that, every single speaker, including Bostinaru, Leinen, Catalin Ivan, and Stephanie Roth (of the Ecologist magazine) engaged in a relentless hatchet-job on the Rosia Montana project.

I had anticipated making some remarks during the “Debate” session, but the Chairman decided because of time pressure to go straight on to the second panel.  I therefore asked to make a point of order, which Mr. Bostinaru refused.  I nevertheless stated my objection briefly, and I hope courteously, but robustly.  This is not how we expect these things to be done in the European parliament.  If we are to have a debate, both sides need to be represented.

Mr. Bostinaru’s refusal to take an intervention from a colleague, or even to take a point of order related to the agenda, showed a great and reprehensible disrespect for the practices, customs and values of this House, and an outrageously partisan approach from the Chair.

I should add that the only balanced and sensible contribution came from the Commission.  I was impressed by Mr. Sponar’s presentation on the Directive on Mining Waste, which seemed very thorough and rigorous.  I am no expert on mining waste, but given the existence of the comprehensive and detailed EU law, and the supervision which will be exercised by the Commission and the national authorities, it seems to me that the balance of argument, in view of the economic opportunity offered by the project, is positive.

I sincerely hope that Mr. Bostinaru’s approach to Chairmanship in this House will not be allowed to become a precedent.

9 Responses to There’s gold in them thar hills!