Hurrah for the National Trust! 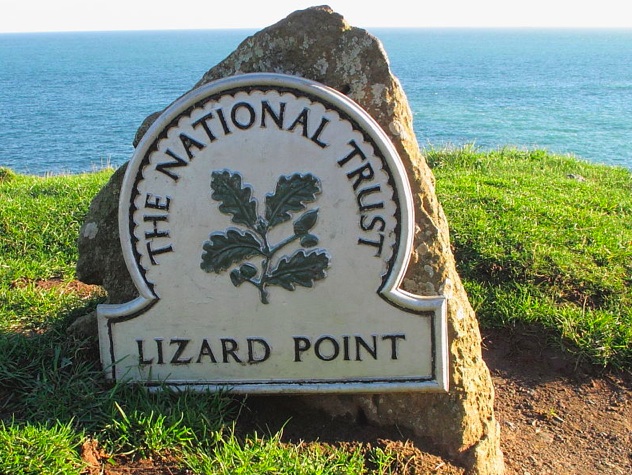 Did I really write that?  Although I’m a life member, I’ve had a down on the National Trust ever since it chose to disregard a covenant on land bequeathed to it.  The Holnicote Estate was transferred to the Trust in 1944 by Sir Richard Ackland.  A tenancy agreement for a farm on the estate stipulated that the Devon and Somerset staghounds should meet there once a year.  But having banned stag-hunting generally on their land, the Trust conveniently forgot about the implied conditions of their bequest.  Members of the Trust, and of the Countryside Alliance, and indeed of the Devon and Somerset staghounds, were rightly incensed, but it made no difference.

But at least the Trust has now come good on wind-farms, if not on hunting.  For years they’ve been generally cuddly-feely on environmental issues, and broadly in favour of “green” energy in the “fight against climate change”.   They’ve put extensive small-scale hydro on their properties, especially in Wales, where the topography lends itself to hydro, and that’s an excellent thing.   But at last they’ve seen the light on wind farms.  Chairman Sir Simon Jenkins is quoted as saying that the Trust is “deeply sceptical about wind farms”.   He adds “Wind is probably the least efficient (renewable technology) and wrecks the countryside, and the National Trust is about preserving the countryside”.  He’s concerned that many historic NT properties and landscapes are under threat from proposed wind developments.  Well said Sir Simon, for having the courage to say what most people instinctively know, yet many are intimidated from saying.

Our new Secretary of State for Energy and Climate Change, Lib-Dem MP Ed Davey, responds that “Wind power would ensure energy security and provide jobs”.  I fear that he’s as ignorant and mis-informed as his predecessor.  Far from “ensuring energy security”, our over-dependence on wind projects that won’t be built and will never deliver is actually the greatest threat to the UK’s energy security.  Unless we change course, we can look forward to serious black-outs by the end of the decade.  And Mr. Davey seems blissfully unaware of the repeated studies that show, in several countries, that investment in “green” jobs actually cuts more jobs in the real economy than it creates.

So for once I’m delighted to be able to say “Hurrah for the NT!”.

On a related topic, I recently saw a letter to the press from the pro-wind lobby, arguing that on-shore wind was no more expensive than mainstream generation, and that even though wind was admittedly intermittent, so was nuclear — it quoted a nuclear power station that had recently been closed for six months for major refurbishment.

All the studies I’ve ever seen show that wind is substantially more expensive than nuclear, coal or gas.  If not, why do wind turbine operators get a subsidy worth as much again as the electricity they generate?  And even then, they generally don’t factor in a wide range of contingent costs.  They plan on a 25 year life, despite the fact that in reality on-shore has a shorter life, while in the harsh and corrosive off-shore environment, the survival-time is even shorter, and maintenance costs higher than they plan.  Estimates of the cost of wind don’t take into account the cost of the necessary conventional back-up (usually gas).  In effect, we pay for the capacity twice — once for the turbines, again for the back-up.  Nor do the costings take account of the much higher cost (and higher emissions) of running the gas-fired back-up intermittently, to fill in for the wind.  Some studies suggest that because of the inefficient running of gas back-up, the total system of wind-plus-back-up may not, in fact, save any CO2 emissions at all.

As for intermittency, it is absurd to compare the planned shut-down of a conventional power-station, for example for major repairs or refurbishment, with the constant, random, unpredictable day-by-day, hour-by-hour, minute-by-minute fluctuation in wind speed.  Wind has an intermittency problem that conventional generation does not have.  Even other intermittent renewable technologies like tide or solar are broadly predictable.

Sir Simon is right.  Wind is appallingly inefficient.  It is sheer gesture politics.  It desecrates our countryside.  It threatens our energy security, our industrial competitiveness, and our employment levels.  Let’s hope that Ed Davey gets the message quicker than his predecessor did.

1 Response to Hurrah for the National Trust!