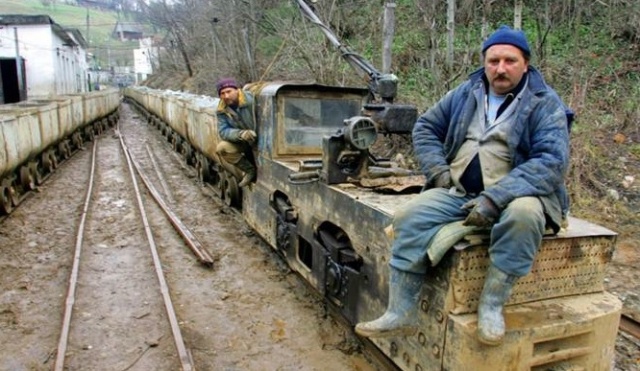 Strange though it seems, the Socialists in the European parliament seem to be opposed to job creation in Romania.

In my capacity as member of the parliament’s Petitions Committee I travelled to Romania last November to meet with representatives of the Roșia Montană Gold Corporation. The Gold Corporation is currently trying to revive mining in the small town of Rosia Montana, which is situated in an area of Romania which desperately needs investment and has a terribly high unemployment rate (I have been told it is as high as 80%).  I wrote about it recently.

Many local residents seem to be in favour of the project and welcome the prospect of employment and funding finding its way to their impoverished region. However, a fellow member on the Petitions Committee, the S&D MEP Mr Bostinaru, is vehemently opposed (probably for domestic political reasons) and is doing his utmost to cause trouble for the project, and to prevent this new investment from delivering employment and contributing to the region’s and Romania’s struggling economy.

I have met with representatives from the Rosia Montana Gold Corporation and listened to both sides of the argument. I am satisfied that the advantages fully outweigh the risks in this debate, and that suitable safeguards are in place.

I have therefore written to the Prime Minister of Romania expressing my views on the issue, in an attempt to add balance to the argument.

I understand that you have received a letter from a number of my MEP colleagues (including Mr. Bostinaru) opposing the project.  I do not believe that this letter correctly reflects the view of the Committee.  Certainly my own view is that, on balance, the merits of the project in terms of economic development and employment outweigh any risks, which are in any case very well contained.  The surveillance of the European Commission in line with the Mining Waste Directive should give us considerable confidence.

I also had concerns about the consultations conducted within the European parliament by Mr. Bostinaru.  He seemed unwilling to allow contrary opinions, or to listen to alternative views.  I can do no better than to enclose a copy of the e-mail I sent on this subject to Mrs. Erminia Mazzoni MEP, the Chairman of the Committee.

I am sure that you will take a fair and balanced view of the proposal, but I felt it important to let you know that the Bostinaru letter does not represent the definitive view of the Committee, and still less of the European parliament.

I thought that in your capacity as Chairman of the Petitions Committee, you might be interested in the Hearing organised and chaired by our colleague Victor Bostinaru on the subject of the Roșia Montană  gold mining project this morning.  You will recall that a delegation from the Petitions Committee recently visited Romania, and heard from both supporters and objectors to the project.  I have taken an interest in this debate, and I attended the hearing from the start, at 9:30.  The agenda provided for a general debate at 10:20, after three speakers, and before a second round of five further speakers.

The representative of the Danish Presidency presented a speech which almost totally lacked content or relevance to the issue.  The Commission speaker Michel Sponar gave a very competent presentation on the Directive on Mining Waste.

Apart from that, every single speaker, including Bostinaru, Leinen, Catalin Ivan, and Stephanie Roth (of the Ecologist magazine) engaged in a relentless hatchet-job on the Roșia Montană  project.

I had anticipated making some remarks during the “Debate” session, but the Chairman decided because of time pressure to go straight on to the second panel.  I therefore asked to make a point of order, which Mr. Bostinaru refused.  I nevertheless stated my objection briefly, and I hope courteously, but robustly.  This is not how we expect these things to be done in the European parliament.  If we are to have a debate, both sides need to be represented.

Mr. Bostinaru’s refusal to take an intervention from a colleague, or even to take a point of order related to the agenda, showed a great and reprehensible disrespect for the practices, customs and values of this House, and an outrageously partisan approach from the Chair.

I should add that the only balanced and sensible contribution came from the Commission.  I was impressed by Mr. Sponar’s presentation on the Directive on Mining Waste, which seemed very thorough and rigorous.  I am no expert on mining waste, but given the existence of the comprehensive and detailed EU law, and the supervision which will be exercised by the Commission and the national authorities, it seems to me that the balance of argument, in view of the economic opportunity offered by the project, is positive.

I sincerely hope that Mr. Bostinaru’s approach to Chairmanship in this House will not be allowed to become a precedent.