Another fine mess from the European Commission 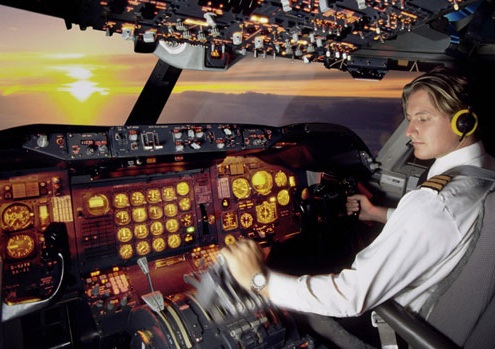 I’ve recently been approached by a constituent concerned about a new piece of EU regulation which threatens to cost him his job, and to damage his industry.  Nothing new there — it happens constantly — but this is such an egregious example that I thought I should highlight it.

My correspondent Nick O’Brien is a qualified pilot, and has been flying safely for many years.  He flies corporate jets, and he has an American FAA pilot’s licence complying with ICAO (International Civil Aviation Organisation) rules.  Until now this has been recognised for use around the world.

But now the EU has decided that pilots flying non-EU-registered aircraft in the EU must have the new EASA (European Aviation Safety Agency) licence.  The problem is that this qualification, even for an experienced pilot with a recognised US/International licence, takes a year’s training and costs around £100,000.  I understand that there are some four to five hundred pilots in Mr. O’Brien’s position, and the new requirements will effectively end their careers.  Mr. O’Brien is forty-nine and has a daughter about to go to University.  He doesn’t relish the prospect of unemployment.

I remember years ago someone in a completely different context expressing a fear that she would be “killed by accident” by ill-judged EU regulation.  Here we see the same problem again.  I don’t suppose that the Commission intended to end Mr. O’Brien’s career.  It is just an unforeseen consequence.  Collateral damage.

So why is the Commission doing it?  Two explanations are offered.  First, the EU approached the FAA and suggested some kind of joint licensing deal.  But the FAA, worried very reasonably about the threat of EU-style bureaucracy, demurred.  So the Commission decided to get one over on the Americans by introducing its own exclusive EU licence for use in Europe.  The other possible explanation comes down to money and protectionism.  This new licence will generate substantial business and revenues for training agencies in the EU.  There is naturally, therefore, a strong lobby in favour of it.  Who is to say which explanation is right?   Perhaps both.

There is a pilots’ web-site, improbably named www.pprune.org, which is scathing about the EASA system which allows onerous and unnecessary regulation of this kind to get through.  It suggests that because EASA depends on EU funding, it is only too eager to adopt any half-baked idea from the Commission.  And the European parliament’s Transport Committee has been bought off by concessions in other areas.  EASA regulation (says PPRUNE) is crippling and threatens to destroy the industry.  The “comitology” procedure under which these rules are developed lack transparency and leave the public in the dark — and leave my constituent out of a job.

The real frustration for me is that there really isn’t a lot I can do about it.  I will table a Written Question to the Commission, and they will send me a standard, anodyne reply which will talk about safety priorities and the need for a level playing field in Europe, and will take us no further forward.  There is talk of the pilots possibly bringing a case before the European Court.  I hope they get some very careful legal advice before doing so.

8 Responses to Another fine mess from the European Commission