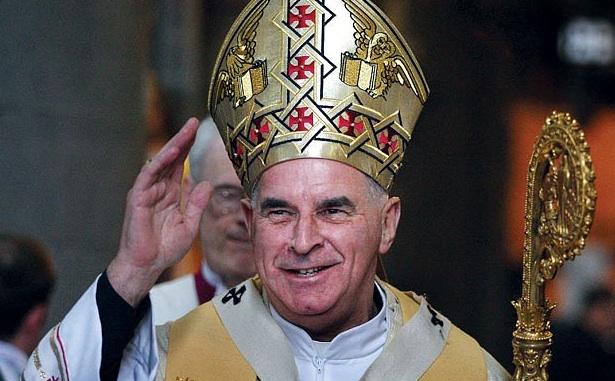 Prime Minister David Cameron is facing huge criticism on many fronts.  Never mind pasties and the Granny Tax.  He’s failing to deliver a growth strategy, or to adopt the revenue-neutral or low-cost measures that would boost the economy, like lower employment taxes or deregulation.  He seems to have no policy on the EU.  His response to perverse rulings under the ECHR is supine.  His “green” energy policies threaten to undermine both our energy security and our economic competitiveness.  He’s getting it wrong on immigration, on defence, on foreign aid.

So it takes a really special kind of misjudgement for a senior churchman to criticise Cameron for one of the few things he’s getting right.  Cardinal Keith O’Brien has attacked the Prime Minister for “helping the rich and letting the poor suffer”.  He wants higher taxes and more redistribution.  All the failed nostrums of socialism seem like compassionate common sense to this gilded prelate.  He’s wrong.

The Cardinal seems unaware, or unconcerned, that the top 1% of tax payers already contribute 27% of revenues.   That sounds to me like gross discrimination against the better-off.  Of course the rich should pay more than the rest of us.  But not quite so disproportionately more.

I suspect that the good Cardinal has never heard of the Laffer Curve.  Yet the concept shows quite clearly that there is a maximum tax rate, beyond which further rate rises will actually reduce revenues, as tax-payers take evasive action, or simply go elsewhere.  This counter-intuitive concept has been demonstrated in dozens of countries over decades, where reductions in tax rates have delivered increases in revenue.  It’s my view, shared by many economists who know more about it than I do, that we’re already at the limit in the UK, and that further rate increases will slow growth but fail to raise revenues.

On BBC’s Any Questions on April 28th we had Lord Adonis making a similar case.  He says he wants to pay more tax.  Nothing is stopping him from doing so.  He can send a cheque to George Osborne any time.  But if we simply raise tax rates on the rich, we shall have less revenue for the good purposes that Lord Adonis wants to support — and lower growth in the long-term.

The Cardinal also calls for the Robin Hood Tax (or as I call it, the Sheriff of Nottingham Tax) — the Tobin or financial transaction tax. He says it will raise £20 billion, oblivious to the conclusion of economists that unless applied globally (which won’t happen) it is likely, again, to reduce revenues, as financial services migrate to New York, Zurich, Singapore and Hong Kong.

So, Cardinal, why not stick to your own area of expertise, and leave economics to people who have some grasp of the issues?

Eagle-eyed readers may recall that I recently wrote commending the good Cardinal for his defence of traditional marriage,   but I make no apology for supporting him when he gets it right, and criticising him when I think he’s wrong.  It’s perhaps no surprise that a Cardinal should know more about morality than about taxation.

1 Response to D-minus for economics, Cardinal