Madness: A Question of definition 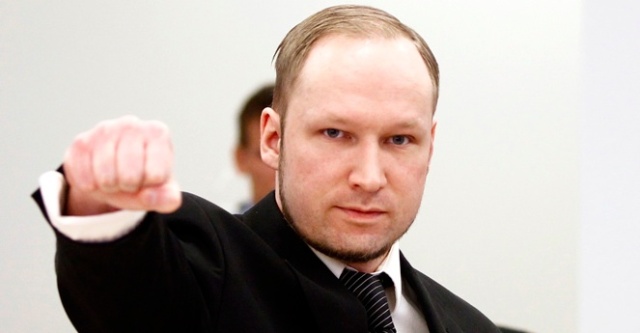 There was a letter in the paper today: “Dear Sir, Anders Breivik should be put to death: not to deter others, but because he deserves it”.  I am inclined to agree, but I’d add that hanging him would also be the one certain way to ensure that he never does such a thing again.

So much has been written about the appalling Breivik case that there is perhaps little more to say, but I’d still like to make a couple of points.

First, I’m disappointed that sloppy journalists are still describing him as “right wing”.  He was obsessed, he was prejudiced beyond reason.  He hated Muslims with the same passionate, pathological, perverse hatred that Hitler harboured against the Jews.  But on the political short-hand scale of left and right (itself looking increasingly like a last-century cliché), there is surely no place at all for people like Breivik.

The point has often been made that at the extremes of totalitarianism, the terms left and right are drained of meaning.  Many regard Hitler and Nazism as “right wing”, despite the fact that the word Nazi stands for National Socialist.  And while the Communist dictatorships of Stalin and others are sometimes thought of as left-wing, there are in fact far closer parallels between Nazism and Communism than between either of those movements and liberal democracy.

Brievik is not right-wing.  I’d like to say that he is simply a pathological lunatic, but that rather tends to pre-empt my second point.

In the recent court-case, the verdict, and the sentence, turned on whether or not Breivik was insane.  I note, by the way, that the Norwegian people wanted him to be found guilty and sane, and sent to prison, rather than guilty but insane, and sent to a secure psychiatric hospital.  Breivik himself hoped to be found sane, because he believed that a finding of insanity would demean both him and his beliefs.  Many may feel that demeaning Breivik and his beliefs would have been the best thing to do, and the most effective punishment.  But we have to respect both the finding of the Norwegian Court, and the views of the Norwegian people, who have been subjected to a terrible trauma, and have reacted to it with measured dignity.

It is easy to make a case that Breivik was sane.  He speaks in a quiet and measured way.  He planned his vile act with great care, and, one has to admit, with great skill.  His ability to think through and implement his plan suggests a cool, calculating mind, not someone who has taken leave of his senses.

On the other hand, it is equally easy to make the case that the act itself practically defines him as insane.  Surely no sane person would ever decide to kill dozens of his young compatriots at random and in cold blood, as he did?  Surely no rational man could prowl around the island as the minutes ticked by, looking for new victims, and firing at those seeking to swim away?

We should, of course, take care to avoid the circular argument, applied to any outrage, that the perpetrator must have been mad, since no sane person would do such a thing; that a mad person cannot be responsible for his actions; and therefore that no such attacker can ever be held to account.

My conclusion, for what it’s worth, is this.  The debate about whether Breivik was sane is not about the reality of the Breivik’s state of mind.  Rather, it’s a debate about the definition of “sane”, and how we choose to use the word.  I would rate Breivik as evil, pathological, mad.  But given that he clearly knew what he was doing, that he had a clear and firm intention, and that he planned it over many months, he is guilty as hell (and I use the term advisedly).  I think he should hang.  But failing that, he should never get out of jail.

9 Responses to Madness: A Question of definition