UK economy: Our competitiveness is in danger 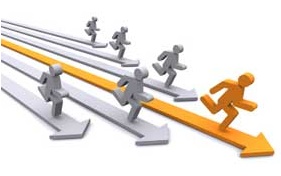 I’ve been banging on for some time about the threat to British competitiveness from the high price of energy.  We now have the third highest energy prices of any developed economy, after Italy and Japan.  Meantime (how many times have I typed it, and said it?) America benefits from cheap shale gas and China exploits cheap coal.  But because this is one of the biggest problems we’re facing — and because the government doesn’t seem to have noticed it yet — I make no apology for returning to the subject.

I was shocked by an article a couple of days back from the pen of Richard Blackden.

He cites a new report by the respected Boston Consulting Group (see also http://www.businessinsider.com/bcg-rising-us-exports-2012-9).  It announces a renaissance in American manufacturing, which is (forgive me) almost exactly what I said in UKIP’s new Energy Policy booklet “Keeping the Lights on”.   Quote: “The USA is looking forward to a new industrial renaissance based on cheap, indigenous shale gas”.  I wonder if I should ask BCG for copyright fees.

At the risk of repetition, we’re driving energy-intensive industries, with their investment and jobs, out of Britain, and out of the EU.  We talk about “rebalancing our economy towards manufacturing”, but our energy policies send out the opposite message.

But BCG goes further.  It argues that the USA will become, in a few years, a global manufacturing hub.  By 2015, average manufacturing costs in the US will be 8% below UK, 15% lower than Germany and France, and 29% below Italy.  It’s not just energy.  In terms of unit labour costs, adjusted for productivity, the US is becoming more competitive.  Even against China, where wages are rapidly escalating, the US is looking more attractive, with reports of “in-sourcing” as US companies bring back production from the Far East.

How should we respond?  We must abandon high-cost energy solutions like wind (which don’t even fill their primary mission of reducing emissions), and turn instead to proven, reliable, lower-cost energy technologies like coal, gas and nuclear.

There is promising news from Europe.  There were reports through the week of a huge shale gas find in Holland.  Here in the UK we know that there is potential for shale gas.  We must get on with prospecting, extraction and exploitation.  And we must use gas as a primary fuel in its own right — not as back-up for expensive and unreliable wind.

We must also address labour costs, through productivity efforts, through training and apprenticeship programmes, but above all through deregulation and labour market flexibility.

But as always, we recall that both our over-regulation of employment, and our lunatic energy policies, are dictated by Brussels.  Until we leave the EU, we will continue to decline.

8 Responses to UK economy: Our competitiveness is in danger