Posted on January 8, 2013 by rogeroffice 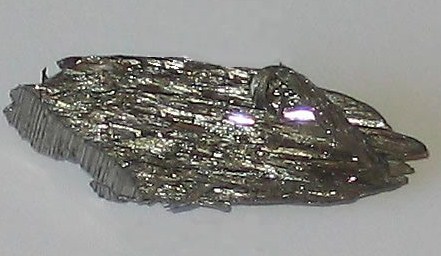 I have previously written about thorium, a metal which offers an alternative to uranium for nuclear energy. Its supporters argue that it offers benefits in terms of safety, very little radioactive waste, no material suitable for weapons, and fuel availability not for centuries but for millennia.  The biggest barrier to thorium development is not technical, but commercial.  Existing players in the nuclear business have a massive investment in uranium technology, and would need big incentives to develop what is, in essence, a parallel substitute technology.

We come here (and I hate to say this) to one of the rather few failings of capitalism: the financing of ultra-long-term projects.  Especially where those projects are at high risk of regulatory sabotage (think of Angela Merkel’s decision to close down the German nuclear industry — and build coal-fired power stations instead).  If you were a merchant banker, would you want to join a consortium to put tens of billions into a sixty-year project, given the regulatory uncertainty?  No.  Nor would I.

I never thought I’d find myself nodding in the direction of state capitalism, but in this one area where the Chinese have an advantage (and a great deal of money to invest), and as Ambrose Evans-Pritchard reports in the Daily Telegraph, they are on the case.  We have here a major new energy technology where on present form, the Chinese have the lead.

(I see this as a parallel to the exploitation of methane hydrates, where several countries including China have exploratory projects, yet the UK, despite all its deep-sea drilling expertise, does not, so far as I know, have a dog in that fight).

Ambrose does a much better job than I could in setting out the case for thorium, so I won’t repeat it all here.  He puts one of the strongest arguments for thorium in just four words: “Wind turbines will vanish”.  (In fact the billions we have wasted on wind farms would have gone a long way towards developing thorium, and been much better spent).   But the fact that thorium is available for thousands of years gives a good answer to all those who say “Aha!  You may have fossil fuels for 200 years, but what will you do after that, hey?”.  The obvious answer is that no one knows what energy technologies will be available in 200 years’ time, and the job of politicians, regulators and industry is to keep the lights on for this generation.  But it would be good to be able to point to an energy technology which is “sustainable” (in all senses of the word) practically from here to eternity.

I get a number of UKIP members writing to me urging me to support thorium, and in principle, I am happy to do so.  But how?  Simply urging Western nuclear players to get off their butts and invest in thorium will not get a big response.  And I for one don’t want to argue for state capitalism, and nationalisation of the energy industry.

But the government can and should set strategic policy objectives, and manage day-to-day policies to support those objectives.  It might promote thorium research in universities and research institutes.  It might make a priority of monitoring technological development elsewhere.  But most of all, it needs to sit down with the industry and talk about the regulatory environment, and the sort of long-term guarantees which the industry would need to support thorium investment.  This in turn might call for cross-party support, since no government can make regulatory guarantees for sixty years.

So UKIP supports thorium development in principle.  We have nothing like a detailed plan for developing and promoting it.  Such a plan can only be developed in partnership between government and industry.  But we can and do urge government to pick up the issue and run with it.

In conclusion, one small piece of good news on the energy front.  The wind industry is saying that it may not be prepared to invest more in UK wind because of (here it is again) regulatory uncertainty.  And a good thing too.  A major energy investment in a futile technology, which is wholly dependent on government subsidy, amounts to highway robbery of the tax-payer.

7 Responses to Thinking about thorium