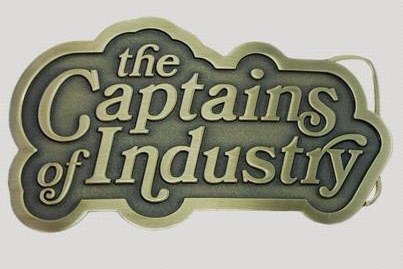 It’s great news that the idea of British independence, and of a referendum, is now well on the table.  It’s gathering momentum, and may be unstoppable.  We could well attain escape velocity.

But of course we are also facing an entirely predictable back-lash from people who ought to know better.  On Wednesday we saw a letter from the Good and the Great, Captains of Industry, organised by (you guessed it) that ubiquitous pro-Brussels panjandrum, Roland Rudd.  Signatories included Sir Richard Branson of Virgin, Sir Michael Rake of BT, and others from the list of usual suspects.

I was struck by their comment “The EU remains home to half our exports”.  But the statistics show that in 2010 56% of exports went outside the EU.  Take account of the Rotterdam effect, and perhaps 60% went outside the EU.  Put another way, our exports outside the EU were 50% higher than into the EU (60% against 40%).  These Captains of Industry are supposed to know what they’re talking about, so it’s surprising that they seem to lack any grasp of the numbers.

And they don’t seem to understand, either, what the numbers mean.  They imply that because half our exports go to Europe, that means the EU is important.  They should be asking “Given that the EU represents only around 20% of global trade and GDP, how come UK exports are so grossly biased to the EU?”.  Of course the answer is that EU membership has meant far too much focus on the moribund EU, when we should have been actively pursuing opportunities in the growth markets outside Europe.  That 40% figure is evidence not of success in Europe, but of failure elsewhere, and of market distortion.

And these knowledgeable folk who want to share with us the benefit of their advice make a huge — and false — implicit assumption.  Their (incorrect) assertion “the EU is home to half our exports” is intended to imply “and all this will be at risk if we call into question our EU membership”.

So they need to explain to us how the USA, and Canada, and China, and many other countries trade successfully with the EU, when they try to suggest that an independent UK could not.  It can’t be said too often — on withdrawal, the UK would certainly have a free trade deal with the EU.  No question.  So it is simply dishonest to imply that our trade with Europe would be at risk post-withdrawal.  It may be true that three and a half million jobs depend on trade with the EU.  But the trade and the jobs will continue after Independence Day.

Of course it’s not just our Captains of Industry.  We’ve also had a broadside from President Obama, delivered by Philip Gordon, US deputy Secretary of State for European Affairs.  Obama, apparently wants the UK “to have a strong voice in European Affairs” (although one could make a case that we should have a stronger voice in Europe as an independent nation, rather than as an off-shore province). This has shades of Kissinger’s famous demand for a phone number he could call when he wanted to talk to “Europe”.

Obama is, of course, a Democrat, a leftist, an avid supporter of achingly trendy causes, and of supranationalism (provided it doesn’t apply to him).  Obama would do well to reflect on how the American people would like to see three quarters of their laws made in Ottawa, or Mexico City.

So we need to gird up our loins, and settle our minds.  As time goes by, dire warnings of this sort will become ever more strident.  But we know the truth.  We know that Britain will be Better Off Out. And we shall prevail.  Roll on Independence Day.

10 Responses to Leaving the EU: here comes the backlash