Renewables: A Wake up Call 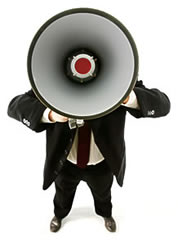 I was recently contacted by a UKIP supporter, concerned about UKIP energy policy. He said that renewables were “the only way forward”. I felt I had to write back, saying how I believed them to be part of the problem, not the solution (especially intermittent renewables like wind and solar — hydro is OK but limited by topography).

This is what I said:

1. Climate Change:  There has been no global warming for at least fifteen years.  More and more scientists are questioning the theory of man-made climate change.  Early leaks of the IPCC fifth report suggest that even the high priests of global warming are admitting that the Sun has more influence on climate, and CO2 less, than previously believed.

2. Even in their own terms, our policies “to fight climate change” will fail.  The EU is the only economic area that pretends to be serious about reducing emissions, and the EU is only 13% of global emissions, or less. Even the Guardian has to admit that Europe’s impact on reduced emissions has been tiny, and hugely expensive. There are 1200 new coal-fired power stations in the pipeline globally at the moment (including 25 in Germany).  If you believe that rising levels of atmospheric CO2 mean a global disaster, then prepare for disaster.

4. Renewables don’t actually work.  They don’t make a significant net contribution to electricity generation.  They don’t save fossil fuels.  They don’t cut emissions.  Several studies show that the necessary fossil fuel back-up to cover intermittency (it’s usually gas) operates so inefficiently in the back-up mode that the fuel consumption and emissions of the system of wind plus back-up use as much gas, and create as much emissions, as if you’d just built the gas alone and run it efficiently.  See Professor Gordon Hughes report: Why is Wind Power So Expensive?

5. Renewables dramatically increase costs.  We are giving the EU the most expensive energy in the world — while gas prices in the USA have dropped as a result of fracking, and shown far greater stability than the UK, which is seeing rapid increases in fuel poverty. The UK has had a 30% real price increase in 5 years. We are undermining our competitiveness, and driving energy-intensive businesses, with their jobs and investment, out of the EU altogether — and to other jurisdictions with lower standards. So while we increase our costs, we actually increase global emissions as well.

6. Renewables undermine our energy security.  Beyond a minimal level, electricity grids have increasing difficulty in coping with intermittent generation.  The more wind we build, the greater the risk of blackouts.

So to summarise, renewables will not save the planet, and will not cut emissions.  But they will devastate our economy.  They will mortgage our children and bankrupt our grandchildren.  We need affordable energy.  We need serious, grown-up energy generation to keep industry running and the lights on.  And we have to get over the gesture politics that have led to our disastrous flirtation with playground technologies.

I’m sorry that this isn’t what you wanted to hear, and I know that the public today from a very young age are subjected to massive Warmist propaganda from schools, and from large parts of the media.  But public opinion (and several cabinet ministers) is starting to see the truth — we’ve been had, and we need to change course fast.

9 Responses to Renewables: A Wake up Call