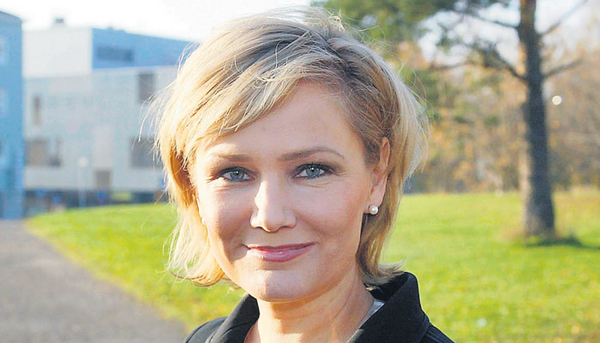 Eija Riita Korhola is a Finnish MEP first elected, as I was, in 1999. http://www.europarl.europa.eu/meps/en/performsearch.html She has taken a keen interest in energy issues, and I was particularly struck by her recent blog on climate.  I have to share it with you.

Is it true or not?

Probably I am not the only one who has been wondering about the apparent contradictions that arise from the various climate positions. Meteorologists claim that global warming has made a slow-down and describe the current epoch as cooler. Hence, temperatures do not seem to be in line with the predictions of the greenhouse theory. At the same time, others, like the World Bank in its November report, stress that the situation is worse than ever: emissions have increased and a temperature rise of four degrees is predicted for this century.

How should we interpret these contradictions? Measured temperatures have been commonly understood as hard facts in the past. The fact that temperatures have not significantly increased during the first decade of this century can easily be checked by anyone. The conclusions that we should draw from this are a mystery, however. Changes in global temperatures could also be considered features of natural climate variability. The climate has always been changing at regular intervals.

Therefore, when one implies that the situation is worse than ever, one does not refer to empirically observed temperatures, but to the greenhouse theory. As a matter of fact, one interprets under the premises of the theory. Because the theory assumes that CO2 emissions cause a rise in temperatures, and as CO2 emissions have increased exponentially and much more rapidly than what was initially assumed, the conclusion is that temperatures will indeed rise. Even if they won’t now, some day they will for sure. The situation is bad, or at least it will become bad.

Is it bad? I do not know, but as a politician I am forced to consider all possibilities. I am obliged to draft policy that we are least likely to regret in the future. Whatever the conclusions of science eventually are, policies had better be as sensible as possible.

Three years ago both scientific circles and the rest of us were flabbergasted by the so-called Climategate scandal. The personal e-mail messages of some Intergovernmental Panel on Climate Change (IPCC) researchers were leaked to the public. Some of the correspondence was from the time when the 2001 IPCC report was being finalised. The messages revealed that the researchers were wondering how the ‘problematic’ Medieval Warm Period could be concealed. In later messages the scientists contemplated, why temperatures did not go up during the first decade of the millennium, and what they could possibly do about this issue.

In other words, climate researchers had difficulties producing the figures they desired, that is, figures that would give politicians the aspired signal. The Medieval Warm Period was in this regard the biggest problem, as it was conclusively warmer then than it is now. Secondly, based on the tone of the correspondence, the research group seemed frustrated: in recent times, temperatures had not gone up as predicted.

The truth is that they still haven’t. During this millennium the global average temperature has been rather stubborn and not in line with predictions. Even if emissions have increased radically, a correlation with rising temperatures just cannot be traced. This issue also features in the upcoming, leaked, IPCC report. Even though public statements attempted to mask the damage done by the leak, everyone has been able to draw their own conclusions based on a graph in the report: temperatures stagnate even though the predictions point upwards. The temperatures simply do not obey.

Unless we make them obey. A University of Oslo professor, Ole Humlum, recently remarked an odd phenomenon and revealed the newest climate scandal. Apparently, since 2008 some research institutions have been retrospectively correcting their global temperature graphs. Usually, this would not be strange at all, as scientific information tends to be built up piece-by-piece and may have to be rectified at a later stage. It is, however, extremely strange that data from 1915 has also been touched-up. Temperature data from the beginning of the 20th century has been systematically rounded down, while later data has been rounded up respectively. Data seems to have been forced to obey the greenhouse theory, and suddenly it seems like the graphs confirm the desired hypotheses.

As I am a free thinker with no taboos, I want to express this out loud. The world should be portrayed the way it is, and a politician should also welcome crude facts. We should not force data or fit circles into squares – this mentality belongs to another world and another political ideology.

But do we make sensible policies?

Let’s assume that the AGW-greenhouse theory, as it stands now, is not correct, and warming and cooling both fit under natural variability and the fact is that the climate has always changed in one direction or another. In this scenario we are not making good policy, as staring at CO2 only has taken attention away from other severe problems. In the name of the fight against climate change both the quality of air and the problem of pollution have worsened. In other words, the climate problem has cannibalised other environmental problems.

Let’s then further assume that the correlation theory of increased atmospheric CO2 and global warming is true, and that the situation is worse than ever. Even in this case we are not making sensible policy, as the policy has not alleviated the problem it was supposed to. Not in the least bit.

European climate policy has a massive price tag attached to it. It has even been catastrophic from an environmental point of view. For years I have spoken out about the fact that we should be more careful in investing our resources. We should not allow absurdities in the name of the greenhouse theory. At present, we have the most expensive, one-sided climate policy in the world, which reduces jobs in the EU and also penalises the world’s cleanest production operations. As a matter of fact, the newest research shows that the present policy does not even reduce emissions. If we take into account consumption, too, the EU’s total emissions have actually gone up. While production-based emissions have indeed gone down appropriately, strikingly, consumption-based emissions have dramatically increased. This development speaks a language of failure: because of our climate policy, production has been relocated to other parts of the world with less clean production – and unemployment in the EU has gone up.

My proposal is that we start making policy that we do not have to regret later, irrespective of the outcomes of scientific research. Such policy would include energy saving, the development of clean technology, sustainable forestation, the prevention of air pollution, as well as the fight against poverty and erosion in developing countries. We should also guarantee clean production and jobs in Europe. We ought to take all these actions even if we had no information whatsoever about climate change. And if we did have the information, these would be the best recipes to tackle the problem.