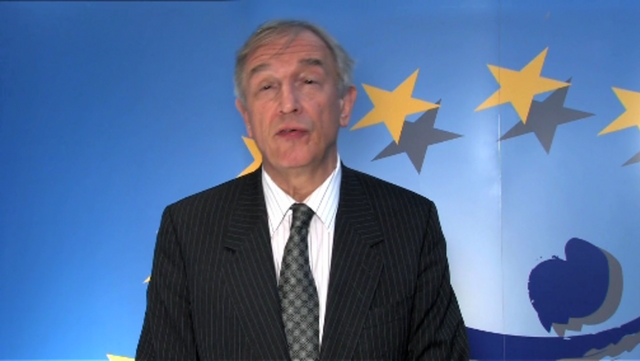 East Midlands Lib-Dem MEP Bill Newton Dunn (who was elected as a Conservative in 1999, but transferred to the Lib-Dems in 2000 when he discovered — shock horror! — that there were one or two euro-sceptics in the Tory delegation), is co-sponsoring a European Parliament Written Declaration calling for the establishment of “A European day in recognition of the victims of European colonisation and colonial slavery“. Or as I abbreviated it in a Tweet: “A European Day of Contrition for Colonialism”.

It’s worth pointing out that EP Written Declarations are two-a-penny.  They don’t have official status until signed by 50% of MEPs (which rarely happens), and even then they have no particular force, and in Betjeman’s charming phrase they “Slip below the sliding stream of time”.  Much the same could be said for “Days” and “Weeks” and indeed “Years” dedicated to some cause or other, which do little but stroke the egos of those who proposed them.  Perhaps this is the Year of the Leek and String Bean Marketing Board?  Or the European Day of in-growing toe-nails?  I couldn’t possibly say.

But my concern is rather different.  I resent the relentlessly negative tone of self-flagellation implied by this sort of initiative.  Of course the history of colonialism included bad as well as good.  No one today will defend slavery, or the Amritsar massacre.   But we can still take pride in having taken democracy and development and modern healthcare to large parts of the world.  Would India today be the world’s largest democracy without the history of British involvement?  We should also be careful about judging past events purely by today’s standards.  No doubt our descendents will one day look back in horror and regret at the follies of 2013.

I recall visiting the Parliament of Singapore a couple of years back, and while the building is modern, the custom and practice of the House are closely based on the Westminster model.  British democracy travels, and we should be proud of it.

While Bill is making his grovelling mea culpas for colonialism, I wonder if he is also recalling and celebrating William Wilberforce, and the vital rôle that both the British Parliament and the Royal Navy played in ending the slave trade (which, by the way, was by no means the exclusive preserve of Europeans).

In times past Bill has accused me of being “against everything” (by which I think he means “against EU integration”).  Yet he is all too eager to take a wonderfully negative view of his own country.  We are not fit to govern ourselves, but have to be governed by foreign institutions in Brussels.  We can’t be trusted with freedom, or democracy, or even our own currency.  We shouldn’t be able to order our own affairs, whether the control of our borders or the hours our doctors work in the NHS.  Rather than celebrating our many achievements, our proud history and culture, we have to be perpetually apologising for past errors, even though “the victims of European colonisation and slavery” are, for the most part, long dead.

So you have a choice.  You can spend the rest of your days standing in the corner, on the naughty step, and apologising for the errors of your ancestors.  Or you can take a proper pride in your country, and make the most of it.