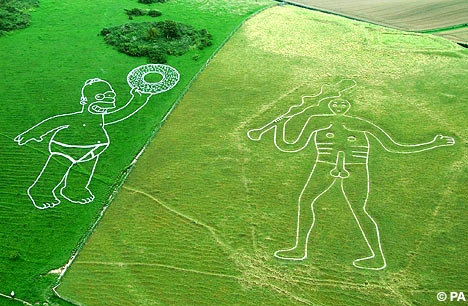 We’re witnessing the failure of another green gab-fest, this time in Warsaw.  The IPCC’s COP19 (Conference Of the Parties) is running true to form.  Failure to agree.  Developing countries pitted against the developed world.  Demands for compensation for “climate events” which probably have nothing to do with climate.  Angry walk-outs by NGOs and by several countries.  A last minute extension to allow yet another attempt at some kind of deal.  And (it hasn’t happened as I write, but it will) a final communiqué stressing a few trivial points of consensus, and drawing a veil of charity over the awful chasm of failure.

Hundreds of countries, thousands of delegates, millions of air miles, and for what?  To demonstrate again to a waiting world that there is essentially no agreement.  Everyone demands action from others, but each proves strangely reluctant to go first.

If anything, we’re seeing even less consensus than in earlier such events, and fewer agreements to paper over the cracks.  Or perhaps a recognition that there’s little point in denying the obvious.  There is, however, a first.  This is the first IPCC Climate Conference where a major nation has deliberately and massively retreated from previous commitments.  Japan has resiled from its earlier commitment to reduce emissions by 25%, and recognises that it will in fact see an increase of 3%.  This of course is the result of Japan’s rash decision to close its nuclear fleet.  I’m not aware that Germany made a similar announcement, but as it’s building or refurbishing a couple of dozen coal-fired power stations, and also closing its nuclear fleet, we can expect its emissions to rise.

It was unfortunate that the Philippine hurricane occurred just before Conference (or, of course, at all).  Naturally the Warmists latched on to this event and insisted it was caused by global warming — although the IPCC itself admits that there is no identifiable trend in the number of hurricanes (they are equivocal about intensity). There has, of course, been no actual global warming for the best part of twenty years.

I had a lively exchange on this very subject with ultra-Green Luxembourg MEP Claude Turmes last week.  I asked him if he also blamed global warming for the Galveston hurricane in 1900, which killed upwards of 6000 people.  Meantime the recent Sardinia flood, that killed dozens, was caused not by climate change but by a failure to dredge the river, according to the local mayor Signor Giannelli, who ought to know something about it.

The developing countries, and especially poor and small island states, are desperate to demand “compensation” from the developed world for the damage they imagine is caused by Climate Change.  Call me cynical if you will, but I suspect that their urgency on this issue is informed by their suspicion that the global warming scare has run out of steam.  If they don’t get their pay-off now, they will never get it.  And that looks the most likely outcome.  Australia has been clear: no more money.  Canada has applauded the Australian stance.  And both the UK and the USA appear to have baulked at compensation.

Meantime, here at home, Prime Minister Cameron has reportedly called for and end to “green c**p” (excuse the language — his not mine).  He’s right, of course.  But what took him so long?  I’ve been calling for an end to climate hysteria at least since 2007, and UKIP has been doing so for as long as I can remember.  And anyway, Dave, what will you do about it?  What will Nick Clegg let you do?  What will Brussels let you do?  Can we start building new coal-fired power stations, please?  The Germans are doing so — so why can’t we?