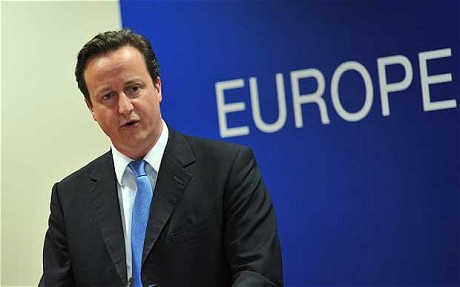 The Tory Party has been bedevilled for years by Europe.  Yet its leaders have only themselves to blame.  If only they’d listened to their members, and to the British people, we might have been free and clear by now.  But no.  Again and again, successive Tory leaders thought they knew better than the voters, and they’ve tied themselves in all kinds of knots.

Cameron thought he’d solved the problem by offering a Renegotiation followed by a Referendum in 2017.  This seemed at least to buy some time, and back-bench agitation quietened down a little.  But today (I write on Sunday 12th), it’s back.  Ninety-five Tory MPs have signed a letter drafted by the redoubtable Bernard Jenkin, calling not only for a Westminster right of veto over new EU rules, but a retrospective right of repeal as well.  It’s reported that over 100 MPs, including some Cabinet members, support the letter, but some can’t sign because of the offices they hold.

This all seems like a wonderful idea.  But in fact if you boil it down, it’s a rejection (or potential rejection) of the whole acquis communautaire.  It’s not easy to see how the right to reject any and all EU legislation on a pick’n’mix basis can mean anything other than leaving the EU entirely (I’ll vote for that!).  So the ninety-five have burnished their eurosceptic credentials (and will no doubt mention it in their election addresses).  But there’s little chance of Cameron adopting it.

One of the key issues that has heightened concern about EU rules is, of course, the immigration debate.  I am tired of hearing EU big-wigs like Laszlo Andor and Viviane Reding telling us that “EU immigrants are net contributors”.  I’m not at all sure that they’re right in their own terms.  But of course in the short-to-medium term, every EU immigrant who gets a job in the UK has arguably displaced a British worker, who will then draw unemployment and other welfare benefits.  Add in that cost, and there’s no way immigration can be positive for the economy.  And for low-wage, low-skill Britons, the queue of immigrant job-seekers lowers wages and makes finding a job tougher.

It was this same Viviane Reding who has just suggested that the best way to enthuse voters for the up-coming €uro elections is to announce that our objective is a United States of Europe. One wonders just how out-of-touch these people are.  Asked if she thought that this objective would be well received in the UK, an unnamed apparatchik replied “We’re expecting the UK to leave the EU, so we’re really not at all concerned about UK sensibilities”.  Indeed.

Of course there’s a chance that Ms. Reding may be right, although not in quite the way she hopes.  In the UK, the “United States of Europe” idea may well motivate sensible voters to turn out in even greater numbers to vote for UKIP.  And across Europe, we’re expecting a surge in support for €uro-realist parties.

Writing in the Sunday Telegraph, Bernard Jenkin (described as a “Tory Grandee” — he’s a good guy but I didn’t know he was that posh!) warns that “50 Tory MPs may lose their seats” to UKIP. But he may be missing a key point: it’s true that many UKIP votes come from former Tory supporters,  But many come from former Labour or Lib-Dem supporters — or from people who haven’t voted for years, but suddenly realise that UKIP offers a rational, common-sense alternative to the clones of the old parties.  Yes, some Tory MPs will lose their seats, but so will rather a lot of Labour MPs.

It will come home to them with a vengeance after the May €uro-election.  Those eurosceptic MPs in the old parties (and there are some of them) may wish to consider whether they should have the courage of their convictions and join UKIP.  It may be their best chance of holding on to their seats

It’s reported that George Osborne will say this week that Britain would be better off staying within a reformed EU. George: repeat after me: “The EU is beyond reform, and deserves to be put out of its misery”.  It’s the triumph of hope over experience.  We’ve been talking about reforming the EU for forty years, and it just keeps getting worse.  It’s like planning to drain the swamp while you’re up to your neck in alligators.  There is only one reform that would be acceptable, and that is to convert the EU into a simple Free Trade Area.  I’d vote for that.  But so far as Brussels is concerned, that’s equivalent to winding it up and closing it down.  They’re right.  And as a solution, it’s all the better for that.