Which planet is Ken Clarke on? 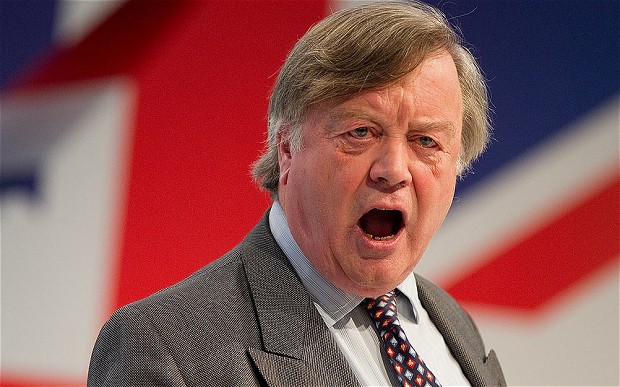 Last Sunday, Ken Clarke declared that British Ministers, not Brussels, were to blame for swathes of damaging EU regulation.  It was “a myth” that British politicians had no control.  “We sit in the Council of Ministers, so when European regulation comes along, we can object and try to block it”.  Big deal (you may think).  Ken ignores the fact that as a (vestigially) free-market Anglo-Saxon economy, the UK exists in a structural and permanent minority against the dirigiste, social-market continental model.  Yes, Ken, we can object.  We can try to block it.  But we almost never succeed.

Of course the elderly do sometimes have memory problems (I am not immune myself).  But let me see if in this instance I can help jog Ken’s memory.

I well recall the infamous Agency Workers Directive.  I remember Alan Johnson, then Labour Minister for Employment Relations, coming cap-in-hand to Brussels and explaining to the Chairman of the parliament’s Unemployment Committee that temporary work in the UK was well-ordered, and operated in the best interests of employees, employers, agencies and the broader economy.  We didn’t need the new Directive, which we believed would damage our existing arrangements.  This, bear in mind, from a Labour Minister in a Labour government, and a man with impeccable working-class roots to boot.

He was told in no uncertain terms that while there might be a possibility of a derogation for a year or two, this was EU legislation and we’d better get used to it.  A more demeaning experience for a Minister of the British Crown would be hard to imagine.

We then had a succession of UKREP people and Labour Ministers visiting with British MEPs and appealing to them to oppose the legislation.  I well remember (I have to admit it: I was a Conservative MEP at the time) saying “Of course we Conservatives will vote against it, Minister.  The problem is your own Labour MEPs who want to support it.  What are you going to do about them?”.  No answer but a rueful smile.

More recently, we’ve had the British government fighting a desperate rearguard action against financial regulation which will be hugely damaging to the City of London, on issues like short selling and bankers’ bonuses — and the Financial Transaction Tax.  The government even has several cases before the ECJ, which knocked back the UK case on short selling only a few days ago.

Perhaps Ken would like to rejoin the real world, and recognise the huge damage that EU membership is doing to our country, as Brussels tramples rough-shod over the policies of our elected government and the will of the British people.  (Now I come to think of it, one of the main reasons I want out of the EU is so that Great Britain too can rejoin the real world).

14 Responses to Which planet is Ken Clarke on?