A message to the miners 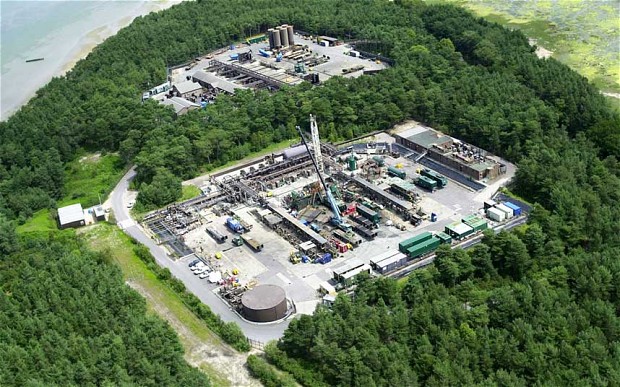 I was talking to a UKIP activist in Derbyshire recently, and he asked (rather wistfully) if we could make a UKIP commitment to seeking to re-open the remaining deep coal mines in the Midlands which are currently scheduled for closure.  It would win a lot of votes (he said) in Derbyshire and Nottinghamshire.

Believe me, I should like nothing better than to re-open the mines, and to restore a once-great British industry.  But the offer wouldn’t be credible.  The hard economic fact is that British deep mines are uncompetitive.  We could buy American coal at a fraction of the price — and all the more so since demand for US coal has nose-dived in the face of the shale gas revolution.

All is not entirely lost.  There are techniques of Underground Coal Gasification which recover gas and energy from mines where the coal seams are too shallow or otherwise difficult to access, without actually going down and carrying the coal back to the surface.  Moreover there are huge areas extending under the North Sea where this should be viable.  It could become a major industry in future decades, and as such it would reduce our dependence on imported fossil fuels, reduce our balance of payments deficit, and provide jobs for British workers and revenues for the British Treasury.

Companies like Cluff Natural Resources are working on projects in this area, and deserve three cheers from all of us.

But coming back to the East Midlands: suppose we could go to the former miners and mining communities of the region and offer them a new energy extraction industry, which would deliver economic benefits — and jobs — comparable to the coal industry, but would be cleaner, safer (and in all probability deliver cheaper energy) than coal?  An industry that would not require men to work for forty years in darkness and coal dust.  That would not carry the risk of pneumoconiosis and other lung diseases.  And yet an industry that could transform British economic prospects, perhaps on a scale that coal did in the 19th Century?

And by the way, (if you care about CO2 emissions) it’s an industry that could dramatically reduce emissions by replacing coal for electricity generation.

Of course there is such an industry.  It’s called shale gas, and we’re sitting on reserves that may amount to 264 trillion cubic feet.  That’s a central estimate for the Bowland shale    Conservatively, that could supply the UK’s gas needs for 25 years.  Many in the industry believe we should be looking at much larger figures.

We will, of course, get the chorus of disapproval from Big Green — environmental NGOs often subsidised by us as tax-payers through the European Commission.  But I’ve actually been to the US, where they’ve been fracking for fifty years, and frankly the black propaganda is absurdly exaggerated.  There have been a few minor problems, as there are with any industry (hundreds of thousands have died in coal and hydro — but very few in the nuclear industry, or in shale gas operations).  The operators are learning all the time, and safety standards are constantly improving.  Any shale gas drilling in the UK will be very tightly controlled and monitored — as well as scrutinised by hippies in GreenPeace T-shirts.

But the clincher is surely this.  At Wytch Farm in Dorset in an Area of Outstanding Natural Beauty and close by Poole Harbour, they’ve been fracking for years.  And local people seem not to have noticed.  200 wells over forty years, and no adverse consequences.  And closer to home (for me at least) they’ve been fracking for decades at Beckingham Marshes in Nottinghamshire.  Again, until the latest furore, local people were not concerned, and indeed few knew about it.

We have to have energy to run our economy.  We have to get a grip on security of supply, and on the balance-of-payments damage from relying too much on imports.  It would be nice to be able to offer former miners a new, 21st century energy opportunity.  And it would be wholly irresponsible to ignore the vast resources under our feet.

31 Responses to A message to the miners