The EU offers no benefits – reform or no reform 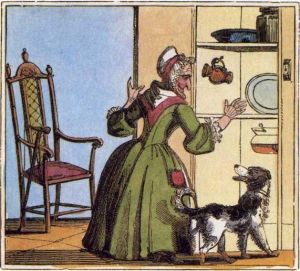 There really is nothing in the Brussels cupboard

I recently wrote a piece for my newsletter (not yet published) noting that most people involved in the EU debate, including our Prime Minister, seem to make the implicit assumption that if only we could reform the EU, if only we could renegotiate our terms, there is some remaining bed-rock of benefit, some crumb of comfort, some kernel of competitiveness, that will make our EU membership worthwhile, and justify an “IN” vote.  I have argued to the contrary that I see no benefit at all beyond what could be achieved by a free trade deal, and that therefore we should be Better Off Out.

So I was struck by a remarkable essay by Roger Bootle in The Telegraph of Monday June 29th (the 160th anniversary edition, as it happens), in which he argues the case that far from offering benefits, the EU has exercised a damaging and malign influence on the economies of member-states.  Admittedly, he too uses the phrase “without reform, the EU will go on being a poor economic performer”.  But it is clear from his analysis that little or nothing would be left of the EU if the problems he points to were corrected.  It’s a superb piece, and I strongly recommend it – especially to anyone who will be campaigning on the “OUT” side in the referendum.  Indeed, I also commend it to those who plan to support the “IN” side – it may well change their minds.

He points out that “after an initial burst of success, the EU has done relatively badly economically”.  Not only against emerging markets, but also compared with mature economies like the USA, Canada and Australia, and with non-EU European countries like Norway and Switzerland.

He adduces three reasons for this.  First, a “general European malaise” – cultural senility, perhaps – not necessarily attributable to the EU as such.  Second, EU decisions which tend to inhibit economic performance.  And third, the €uro.

Rightly, he leaves the first issue as not directly caused by Brussels.  But the second and third certainly are.

In terms of bad economic decisions, he points first to the CAP, which is hugely wasteful and pushes up the costs of the family shopping basket, as well as (historically) generating huge surpluses, butter mountains and wine lakes.  And he cites over-regulation, which has had a dramatic and malign impact on labour markets, and a host of other areas.  I would add the disaster of the Common Fisheries Policy, and the EU’s energy policies which are (as former Commissioner Antonio Tajani has put it) “creating an industrial massacre in Europe”.

“The €uro is a deliberate exercise in economic self-harm”.

Then of course, his third point is the €uro.  With Greece in meltdown, I need hardly say more – except for one point.  We are inclined in the UK to congratulate ourselves (or to congratulate Gordon Brown) for staying out of the €uro.  Nothing to do with us, Guv.  But of course it affects us enormously.  It simply isn’t true (as the Europhiles love to tell us) that 50% of UK exports go to the EU, less still to the Eurozone.  But it is still (for the moment) our biggest single export market, and the single currency, this deliberate policy of economic self-harm, has certainly had a depressing effect on our economy too.

So the message is clear: it simply isn’t the case that the EU would be a good thing if only we could achieve a few reforms.  It simply isn’t true (as the government used to say) that “The benefits of EU membership are self-evident”.  It is a bad thing all the way through.  There’d be no residue of benefit when we reformed it – even if that were possible.  It is becoming clearer by the day – we shall be Better Off Out.