Posted on December 5, 2015 by rogeroffice 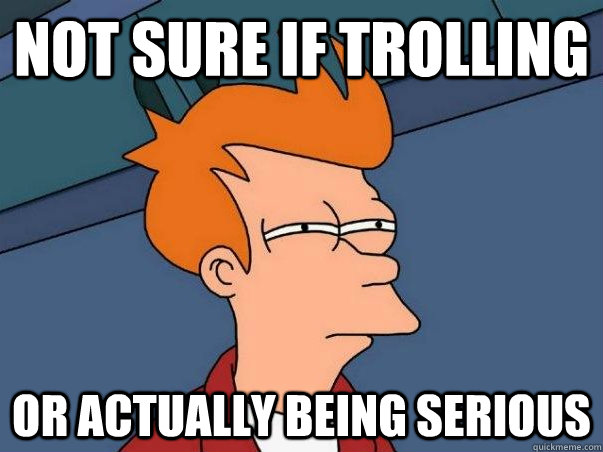 Universities used to be places of open enquiry and free debate.  To make sense of science, debate has to be free.  Anyone with the first idea of the philosophy of science knows that nothing is ever finally “proved”.  Hypotheses — theories — are always open to challenge.  If they survive challenges for long periods, we may have great confidence in them, and perhaps start to call them “Laws”.  Newton’s theories of gravitation were regarded as laws — until Einstein demonstrated that they were merely good approximations, and that nature, space/time and gravity were more accurately described by Einstein’s Relativity Theory.

But if open debate is essential for science, it is surely essential for other subjects as well.  So it is distressing that we are starting to see a stultifying political correctness on campuses in America, and in the UK, which aims to exclude any speaker with challenging views.  There is talk of creating “safe spaces” for students where they will not be offended by non-PC opinions.  But students who are not prepared to listen to conflicting opinions should not be at university to start with.

It is in countries like North Korea, and under régimes like that of ISIS, that dissenting opinions are banned.  We in the West should be banning opinions only if they directly call for or incite violence.

A recent and conspicuous example was that of Germaine Greer at CardiffUniversity.

Having spent decades as a PC icon for feminism, she has finally managed to infuriate the sisterhood by adopting a “trans-exclusionary” point of view (I’m not making this up — this neologism has appeared in the press).  She reportedly said (readers of a nervous disposition please look away now): “You can put on a dress and cut off your d**k, but that doesn’t make you a woman”.

Of course it is not just Germaine Greer who has suffered from this kind of aggressive intolerance.  Others are being “no-platformed” (in the new jargon).  It has even happened to Nigel Farage.

Oddly enough it comes up in scientific debate.  There are opinions which are beyond the pale, because they defy the orthodoxy.  And it is not just students — the idea has infected academic staff as well.  I am accustomed to being trolled with puerile abuse on the climate issue, but I am sorry to see an East Midlands academic, Professor Michael Merrifield, taking a similar approach. Admittedly he is not quite so puerile nor so profane as some, but his attitude to dissenting opinions seems to be to dismiss those who disagree with him as “buffoons”.

Does he not know that many highly qualified scientists, including quite a number who have been IPCC reviewers, have highly sceptical views on climate orthodoxy?  Does he regard them as “buffoons” too?

On December 3rd I attended a fringe event around the UN COP21 Conference in Paris.  My event, the Paris Climate Challenge 2015, was organised by Philip Foster and featured a number of prominent climate sceptics.  I Tweeted from the Conference, and the eagle-eyed Professor was on my case immediately:

“Michael Merrifield ‏@ProfMike_M  Dec 3 @RogerHelmerMEP how much is your jolly costing the public purse?”  The answer is not a lot, as the cost of taking the train from Brussels to Birmingham via Paris is not that much different from a more direct route.”

But his comment illustrates some curious thinking.  The whole COP21 exercise involves an estimated 40,000 thousand people, world leaders flying into Paris in private jets, and vast expense.  I can’t find a figure but it must run to many millions.  The good Professor has no concerns about that — even though COP21 seems unlikely to produce substantive results.  But he is concerned about a few €uros extra for me to travel via Paris.  He may not like UKIP very much, but he cannot deny that we are a significant political party.  Does he therefore think that while legitimate expenses are publicly funded for other politicians, UKIP’s energy spokesman should be specifically excluded from attending a climate event on the fringe of COP21?

And another question.  I don’t know, but I imagine that the good Professor does some work from time to time (when he isn’t trolling on Twitter).  And I daresay he calls it “work”.  When a politician he disagrees with does some work, he calls it “a jolly”.  Were President Obama and Ban Kee Moon on “a jolly” in Paris?  I spent about seven hours in Paris (after a fearfully busy week in Brussels), and apart from a light lunch in a local brasserie and two taxi fares, I spent not a penny while I was there.  If that’s a jolly, I wonder how the Professor would characterise a good time?

A broader question is why folk like to good Professor (note that he’s an astronomer, not a climate scientist or an atmospheric physicist) get so aggressively committed to an alarmist point of view.  And here a new book from the Heartland Institute offers some insights.  Entitled “Why Scientists Disagree About Global Warming”, it’s by Fred Singer, Robert Carter and Craig Idso.  It sets out do debunk the facile claim that “97% of scientists support he IPCC position”.  But in the discussion, it covers the issue of why significant numbers of scientists (and politicians and media figures) uncritically accept the orthodoxy.  It suggests that key sources of bias include careerism, grant-seeking, political views and confirmation bias.  If you think there’s a bit of a consensus building out there, you seek to establish your own credentials by jumping on the bandwagon.  It’s very easy to gain credit by supporting the apparent consensus.  It is more difficult and less obviously rewarding to challenge it (until, of course, you’re proved right).

One is put in mind of Saruman in Tolkien’s “Lord of the Rings”.  Saruman was a baddy, but he had extraordinary powers of persuasion, and Tolkien writes of those who listened to Saruman “Mostly they remembered only that it was a delight to hear the voice speaking, all that it said seemed wise and reasonable, and desire awoke in them by swift agreement to seem wise themselves. When others spoke they seemed harsh and uncouth by contrast; and if they gainsaid the voice, anger was kindled in the hearts of those under the spell”.