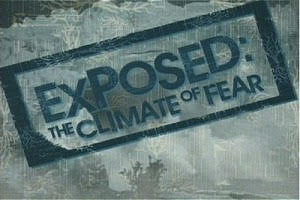 It’s now clear that the “IN” Campaign will rely primarily on fear as a motivator.  Brexit is a leap into the unknown, they say, which will leave Britain “isolated and marginalised”.  Our economy, our trade, our jobs, our security will all be under threat.

The truth is practically the opposite.  Independence is not “an unknown” – it is the normal state of most countries, most of the time, and it is especially appropriate for a major economy and a great global trading nation with a long democratic tradition.

Let’s look at the supposed threats.

“Isolated and marginalised”.  Come Independence Day, we shall continue to be a key member of the UN Security Council.  Of the G7 and G20.  Of the World Bank, the IMF, the OSCE.  We shall resume our seat on the WTO.  We shall still be a main player in NATO and the Commonwealth.  And we shall be free to make our own trade deals with those countries where the EU has failed to negotiate a deal.  We shall be free to re-engage with the Anglosphere.  To suggest that a great country like Britain is “isolated and marginalised” if it declines to be ruled by foreign institutions in Brussels is both demeaning and absurd.

The threat to jobs.  The “IN” Campaign is still touting that “3½ million jobs” figure, even though the think-tank that produced it, NIESR, pointed out within hours of publication that the jobs depended on trade, not membership, and they explicitly stated that there was no prima facie reason to suppose that trade would be affected by Brexit. Let’s be clear: those who continue to use that “3½ million jobs” figure are not merely mistaken: they are lying.  Keep in mind that we have a huge trade deficit with the continent.  If 3½ million UK jobs depend on trade with the continent, it follows that five or six million continental jobs depend on trade with the UK.  They need us more than we need them.  Hands up those who think that those clever guys in Munich will decide not to sell us BMWs after Brexit.  No one?  I thought not.

The real threat to jobs is not Brexit, but staying in.  We’re still smarting from the steel closures.  Major factors were energy prices – directly driven by failing EU climate policies – plus our inability to apply anti-dumping measures to Chinese steel, or to offer state aid to UK steel makers.  All a direct result of EU membership.  But it’s not just steel.  A huge range of energy-intensive industries are moving abroad because of energy prices, including aluminium, chemicals, fertilisers, petroleum refining, glass, cement and more.  Jobs lost, plants closed, investment directed elsewhere.  Don’t tell me about the jobs we’ll lose with Brexit – tell me about the jobs we’re losing today as a direct result of EU membership.

Threat to Trade:  In fact global trade is one of the key arguments for Brexit.  When we leave, we expect current trade deals negotiated by the EU to be grandfathered – though we will be able to revisit them.  But we will also be able to set up our own trade deals with countries where the EU has failed to make any special trade arrangements.  How come Switzerland – and even Iceland – have trade deals with China, while we don’t?  Our position will be protected by our WTO membership.  One of the most egregious arguments used by the “IN” Campaign is that “The UK is too small to negotiate a trade deal with the USA”.  In fact the USA has trade deals with about twenty third-party countries, and every one of those countries has a smaller economy than the UK.  As a G7 country, we are in a very strong position to make our own trade deals, and our national interests will be front and centre – not submerged in the interests of 27 other member-states.

“Brexit is a threat to security”.  I honestly cannot see how the “IN” Camp can make this argument.  We can continue police cooperation through Interpol after Brexit.  Military cooperation between the UK and France will continue.  NATO membership will continue.  Again, the threat is not from Brexit, but from EU membership.  In the EU, we have free movement of people – which seems to include free movement of Terrorists and free movement of Kalashnikovs.  Remember Paris, and terrorist migrants arriving via Greece – and Belgium.  The EU has allowed accession to Eastern European countries where the Rule of Law is honoured more in the breach than in the observance.  Countries which are essentially Mafia states, where smuggling of people, of migrants, of drugs, of weapons, even of human organs, is rife.  Countries where illegal migrants can buy an EU passport.  And the citizens of those countries can freely come to the UK.  I was at the launch of the “Grassroots Out” (GO!) Campaign in Kettering on Jan 23rd, and heard ex-Defence Minister Liam Fox make these points with great force.  Our security depends on NATO and on our armed forces – not on Brussels bureaucrats.

“Brexit is a threat to our energy security”.  This argument was made by Energy Secretary Amber Rudd, and again I really can’t see her point.  I have already written about it at some length. Sufficient to say here that EU energy policies have undermined both our energy security and energy pricing (see above, “threat to jobs”), and that Brexit will at least give us the opportunity (if we have the sense to take it) to put matters right.

“We won’t be able to control immigration”.  They say that (for example) we won’t be able to send illegal immigrants back to the country of entry to the EU if we leave.  But of course we can scarcely do that now, and they’re dismantling the Dublin Convention which was supposed to enable us to do that.  As I write, there are plans to exclude Greece from Schengen – a public admission that EU immigration and free movement policies have failed.  There are a million migrants in Germany (and more to come), who will soon get EU passports and be entitled to come and live in a street near you.

Current EU immigration policy discriminates in favour of unskilled Eastern Europeans and against (for example) highly qualified Commonwealth citizens.  That’s unfair, as well as being bad economics.  We simply cannot control immigration while we’re in the EU.  But as an island, we are in a relatively good position to control the borders of an independent UK.

It is vital to recognise that the EU is not a status quo, but a work in progress.  The choice is between Independence, knowing where we stand; or a one-way ticket to an unspecified destination.  It is between controlling our own affairs – and having no control.  We should not lose sleep over fears of Brexit – but we should be very worried indeed by the prospect of continued EU membership.

19 Responses to Climate of Fear