MEPs don’t actually work, do they? 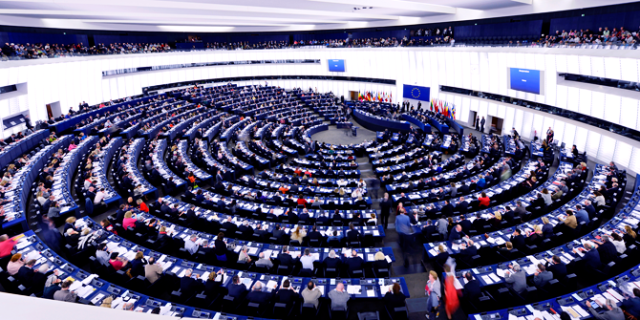 OK guys.  I know I shouldn’t do this.  I know that the anonymous hordes of internet trolls should be simply ignored.  They are unable to string two coherent thoughts together.  Most do little more than hurl generalised and obscene abuse at anyone they disagree with.  Their idea of an intellectual contribution to debate consists of vile language that I can scarcely repeat in a blog post intended for family reading by the fireside.

I should leave well alone.  I should decline to respond to the daily flood of accusations and abuse.  I should deny them the oxygen of publicity.  And yet there is one repetitive and consistent theme that rankles, and I can’t resist setting out a response.  “MEPs don’t do any work” (they say).  “They just sit on their a**es and take the money”.  I recognise of course that critics have every right to believe that the work I do is not helpful or constructive.  They are entitled to their opinion on that.  But they are not entitled to the view that MEPs don’t do any work, because that’s just plain wrong.

So let me set out on some flagrant self-justification, and describe for their benefit what actually happens.  I graduated from Cambridge in 1965, and since that time I have been in more or less continuous employment.  For the first 34 years, I worked in marketing and general management with a succession of companies, mostly multinationals.  That included a great deal of travel in Europe and the USA, plus a dozen years in total working in East and South East Asia.  I worked hard, long hours, and naturally did a great deal of travelling.

Then in 1999 I was elected as an MEP, and later re-elected (head of the regional list, if it matters) no fewer than three times, 2004/09/14.  I had assumed that I should be able to afford to take twenty or thirty days a year out, perhaps to take up a non-executive director rôle.   I soon found I was wrong.  An MEP’s job is 24/7.  Intensive work in Brussels and Strasbourg, often involving twelve-hour days – even fourteen or fifteen hours in some cases.  And then, typically a three-day weekend in the constituency.  But not a weekend as we know it.  Not leisure.  Meetings with staff, constituents, party branches and members, businesses and business organisations, schools and universities, campaigning, media interviews often at unsocial hours.

In short, after a reasonably successful and very busy business career, I find I am now, as an MEP, working harder – longer hours – and travelling far more – than I did previously.

One other troll-criticism is particularly ironic.  Eurosceptics are Little Englanders, they say, who can’t get on with foreigners, and are perhaps down-right xenophobic and racist.  In my case, and taking my business career and parliamentary work together, I have spent a total of 29 years overseas – and travelled extensively in the other 23.  I spent four years in Malaysia running a textile manufacturing business with around 300 employees, where I was the only Westerner.  Did I experience race-relations problems?  I certainly did.  But they were not between me and the Malaysians.  They were between the Malays and the Chinese, and I spent much time resolving tensions.  Perhaps worth adding that during my years in Brussels I have employed several ethnic-minority staffers.

Then there are those who say “MEPs are only in it for the money”.  In my experience, UKIP MEPs at least are primarily concerned with the political objective of getting our country out of the EU, not with the pay-cheque. In my own case, I actually took a salary cut when I left the private sector to become and MEP, and the same is true of Nigel Farage.

Another line of criticism is based on the published statistics of voting attendance, rapporteurships and so on.  Through most of my parliamentary career, I have been top quartile (and sometimes top decile) on voting participation.  True I have never done a report.  But that is because any report I drafted would be eviscerated by amendments in Committee, from the structural pro-EU majority, so there is simply no point in doing them.  A similar point applies to voting.  There is typically an 80% or so pro-integration majority, so it is rather rare that we can swing the outcome of a division.  I do vote, but it rarely makes much difference.

More generally the published statistics simply fail to reflect the priorities of UKIP MEPs.  Pro-EU MEPs are keen to “build Europe”, to “put another brick in the European construction”.  Careers are built on rapporteurships and chairmanship of committees.  But UKIP MEPs are not there for a career, we are there for a result (which we got on June 23rd).  Emphatically we are not there to create new European law, or to “build Europe”.  We are there to get out from under, which means we have different priorities.  Our job is to use our position in the parliament to influence public opinion at home, and I think we have done that rather well.

So what do we do?  In the parliament, I attend meetings of the Industry Committee.  Of course we don’t often win votes in committee – but it is salutary to cut through the group-think, to remind them that there are alternative views.  As UKIP energy spokesman, I also regularly attend meetings of the European Energy Forum (where I’m on the management committee).  While most other MEPs disagree with the UKIP position on energy and climate, I think it is fair to say that I command considerable respect.  Other MEPs welcome challenging alternative views, and industry members frequently thank me for my interventions.

A fair bit of time goes on organisational and party management issues – yesterday for example I chaired both the EFDD Group Bureau (=steering committee) meeting, and the subsequent group meeting.  A great deal of work is done on analysing legislation and drafting voting lists.  Then there is the mass of correspondence that all MEPs receive.  Of course we have staff to deal with routine matters, but many communications require personal responses.  And the working week in parliament is punctuated by media bids, which can range from regional papers and radio stations through to national and foreign media.

Work doesn’t stop at the weekend, with meetings, media interviews, speeches and so on.  And media bids don’t respect the Working Time Directive.  They can come at six in the morning or eleven at night.  I once did a series of hour-long appearances on Five Live’s Steven Nolan show between midnight and one a.m., getting home to bed by 1:30 a.m.

Constituents quite rightly expect their elected representatives to communicate with them.  I do this in a variety of ways:

The Blog:  I trust you’re reading it now.  The origins of my blog are lost in the mists of time, but I have written at least 2,116 blog posts, covering a wide range of policy issues, with an emphasis on (A) Europe; and (B) Climate and energy.  I also maintain a “Climate Interest” list who receive automatic copies of relevant posts (please let me now if you’d like your name added).  And before you ask, apart from one or two guest pieces, every blog post has been written by me personally – as are all my Tweets.

The Web-Site: contains a wealth of material and information, regularly up-dated.

The Newsletter: I publish an electronic newsletter monthly from Strasbourg (e-mail to to go onto the list).  Again its origins are lost in the mists of time – the earliest versions were paper sent out by post in 1999 – but I have done at least 200, mostly six to eight pages, outlining and commenting on current developments.  You can find recent newsletters on my website (see above).

Social Media: I am a regular Twitter user @RogerHelmerMEP (I never worked out how to do Facebook, I’m afraid).  I currently have 15,700+ Twitter followers (a standing rebuke to those trolls who regularly say “No one cares what you think”) and I have issued well over 20,000 Tweets.

Press Office: I maintain a press office in the East Midlands.  My Press Officer Nick Tite deals with media bids, arranges interviews, and maintains contact with regional media on my behalf.

Media interviews: I do frequent interviews (at all hours) with regional media – papers, radio and TV – I have frequently appeared on BBC Sunday Politics.  Plus interviews with national media, Jeremy Vine, 5 Live, LBC and so on.  Occasional appearances on national news channels.  Two successful outings on Question Time – regarded by many as the most challenging political exposure on UK TV.  I have also given interviews to media in many European countries, plus USA, Israel, and Asia.

Speeches:  I speak regularly in parliament and in committee, and these speeches are frequently posted on my blog, and on the UKIP MEPs’ web-site.  I speak at events across my East Midlands region.  Across the UK.  In European countries.  In the USA, the Middle East and in Asia.

At this stage I hope that someone somewhere is asking “don’t you ever take a holiday?”.  And for most of my parliamentary career I never went away for more than a few days.  The longest holiday I can remember was over Christmas and New Year, just recently, when I spent three weeks in Israel – and the first few days of that was a political conference.

So my message to the trolls: you can disagree with what I do – that’s your privilege.  But don’t tell me I don’t do any work.  When did you last work a fourteen hour day?

13 Responses to MEPs don’t actually work, do they?