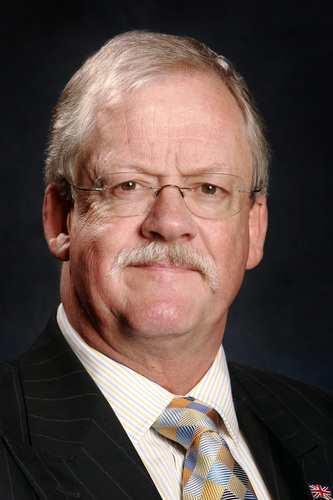 Last year, voters in South Leicestershire backed Brexit by 60/40 on a strong turnout of 76%.  Yet most of the candidates for the General Election are against Brexit.  Just twelve months ago, the Tory was campaigning for Remain. The Lib Dems are trying to reverse the Brexit decision, while Labour can’t make their minds up.

I am the only committed Brexiteer on the ballot paper.  I have spent the last twenty years campaigning single-mindedly for the independence and self-determination of our country.  For the last eighteen years I have been privileged to serve you, the people of South Leicestershire and the wider East Midlands, as your number-one MEP.

The Prime Minister asks you to vote for her – but she’s not on the ballot paper.  If elected, I will support Theresa May on Brexit so long as she works honestly to deliver a swift and clean break.  But I will fight any signs of backsliding.  She is already going soft on the European Convention of Human Rights, which allows foreign terrorists and murderers to remain on our country.  She is talking about a long transition period, which looks like a fudge.  She is placing Remain-supporting Tory candidates in winnable seats.  She is repeating the old pledge on immigration which she failed to deliver as Home Secretary.

I will guarantee to hold Mrs. May’s kitten-heels to the fire, and to work tirelessly to deliver the Brexit that you, the people of South Leicestershire, voted for.  I will oppose mass immigration – which Mrs May promised but failed to curb.  I will call for a reduction in our grossly inflated Foreign Aid budget, with the money diverted to domestic priorities like the NHS.

The polls suggest we shall have a Tory government on June 9th.  Many – perhaps a majority – of Tory MPs will be Remainers at heart, like local MP Alberto Costa.  Indeed Theresa May herself is a recent Brexit convert who backed Remain only last year.  It is vital to have clear, strong voices in Westminster who will speak up for the Brexit that Britain voted for in the referendum.

Before my life in politics, I spent over thirty years as a manager in international businesses, much of it representing British businesses in the Far East.  I understand international trade, and I am keen to see our country seize the opportunities that Brexit offers.  Britain must be a great global trading nation, taking its proper place in the world economy – not an offshore province in a country called Europe.  We must be governed by people we have elected, and whom we can dismiss – not by remote and unaccountable bureaucrats in foreign capital cities.

If elected, I will be your strong voice in Westminster for a confident and independent Britain.