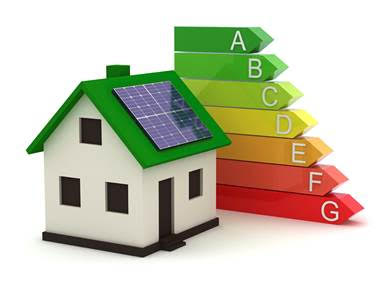 Earlier this week I attended a dinner-debate in Brussels on the EU’s proposals for energy efficiency targets.  The plans are marked (like most EU plans) by overwhelming complexity, and several speakers made a good case that the proposals would have far greater impact on poorer member-states with relatively lower capita energy consumption, than on wealthier member-states.

I raised my concerns about another aspect.  Of course no one would argue against energy efficiency in a broad sense.  But the objective of all EU energy policy is to reduce emissions of CO2.  I question whether that in itself should be a high-priority objective, but let’s take it as read for the moment.

The EU has created a huge range of initiatives which aim to support this objective.  We have renewables targets, emissions targets, the Emissions Trading Scheme, plus other “instruments” (as they like to call them) like subsidies, feed-in tariffs, renewables obligations, capacity payments and (in the UK at least) a carbon floor price.  These overlapping measures frequently create both conflicts and market distortions.  They are not technologically neutral.  For example, nuclear power contributes powerfully to achieving emissions targets, but fails to help with the the renewables targets.

One might be justified in describing this morass of legislation a cat’s cradle, if not a dog’s dinner.

In my contribution, I pointed out that green measures had already driven up energy prices in the EU to a level where they are undermining competitiveness, and driving jobs, businesses and investment off-shore.  I mentioned that before politics, I had had a real job running real businesses, and I remembered very well that the issue of energy costs frequently featured at board meetings.  Even then, commercial organisations already had an urgent imperative to achieve energy efficiency.  Today, with the cost of energy so much higher, that imperative is even stronger.

So I presented my killer dichotomy.  Either:

1     If an energy efficiency measure is commercially viable – that is, it if provides a commercial pay-back – then an incentive already exists to implement it, and the proposed EU measure is redundant.  Or

2     If such a measure is not commercially viable, then enforcing it through EU policy or targets will damage the business concerned and further undermine EU competitiveness.

So the efficiency target is either redundant, or it is damaging.  Which is it?  What was the view of the panel?  I am still waiting for the answer.