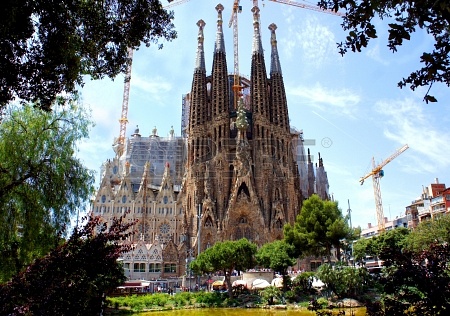 I was recently in Barcelona with the European Energy Forum, looking at their “Smart City” programme, and at their roll-out of smart meters.

I have to admit that I am not entirely convinced about smart meters.  There are clear benefits for utility companies.  They will no longer need to have meter readers, and they may be able to plan their operations better with more detailed information.  But I suspect that the benefits envisaged for consumers may prove illusory (though the costs will be real enough, whether you agree to have a smart meter or not).

I really can’t see householders watching the meter on a minute-by-minute basis, and rushing to turn off the light in the spare room to reduce consumption.  Most people would rather watch a football match.  Admittedly the planners are looking ahead to “smart appliances”, which will be able to turn themselves on when power companies have spare capacity.  That all sounds a bit sinister and Big-Brother-ish to me, though suppose we shall have to get used to it.

Plans for “smart cities” seem to revolve around improbable quantities of solar panels (though these may make marginally more sense in Barcelona than in Birmingham), and around the proliferation of all-electric vehicles, which I don’t see catching on in real volume, except perhaps for city buses and municipal vehicles.

Smart cities also involve “energy efficient buildings”, which based on the examples I saw are an affront to æsthetics.  Barcelona’s  Mediatic building is a case in point.

So it was a relief to snook off for a couple of hours to revisit some real architecture — Barcelona’s greatest building, the Templo Expiatorio de la Sagrada Familia.

I first saw Gaudi’s unfinished masterpiece about forty years ago, and it was difficult to say then whether it was a new building under construction, or an old ruin falling down.  The workforce on the site appeared to consist of two men, a wheelbarrow and a dog.  I decided that they weren’t enough even to maintain what was there, never mind bringing the project to completion.

Then along came the 1992 Barcelona Olympics, and a new flush of enthusiasm.  The next time I saw the building it was all action, and noise, and concrete mixers and cranes and big yellow machines and hard hats.  Today the interior space is complete and decorated, stained glass windows in place, more or less water-proof, and in use as a place of worship.  Pope Benedict consecrated the building in 2010.

It is a structure of astonishing contrasts.  Gaudi was inspired by nature, and the sweeping, branching columns of the interior bring to mind a petrified forest.  Yet he was also passionate about mathematics, and contrived to bring together remarkable mathematical planes and surfaces in extraordinary profusion.  I simply can’t imagine how he could coped with this three-dimensional complexity in the days before computer-aided design.

Many of the columns are fluted.  But they start at ground level with six flutes – a sort of curved hexagon cross-section – and then, imperceptibly, Gaudi builds in new surfaces so that soon there are twelve. Then twenty-four.  Yet you can’t see the join.

Equally the style defies easy classification.  There is overwhelming evidence of its period – Gaudi’s very idiosyncratic Catalan interpretation of the Art Nouveau movement.  Yet it is also timeless, sui generis, forever (provided that vibration from the recently-dug subway doesn’t play havoc with the foundations).

It is really quite the most extraordinary evocation of the human spirit.  It is a triumphant monument to mankind’s aspiration and imagination.  This place, surely, is as close to the sacred as a profane man can hope to come.

And it is moving on apace.  The major tower in the centre is already approaching the height of the existing towers, which are much photographed and have become an icon of the city.  Eventually it will be close to twice their height.  Ambitious it may be, but they hope to finish it within ten years.  And I hope to live to see the day.

I see that there are calls for Antoni Gaudi to be beatified.  And I’d happily vote for that.