MEPs call for Trump to dump the Paris climate deal 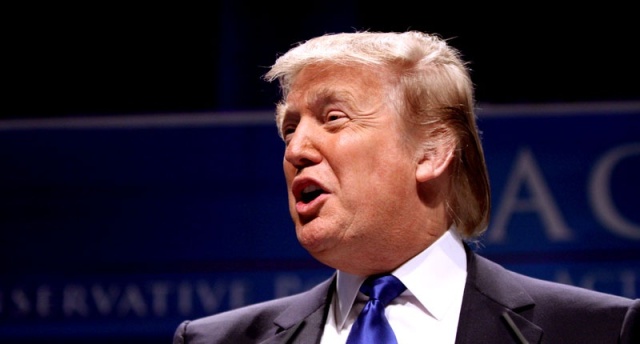 As UKIP’s Energy Spokesman, I have drafted an open letter, (see below), to President Donald Trump, and signed by twenty MEPs, from six countries and three political groups, calling for early implementation of his campaign pledge to pull the USA out of the Paris Climate Treaty.

In the letter, we say that a US withdrawal from the Paris accord “would effectively neuter it, to the benefit of us all.”

We applaud the new and more positive approach which President Trump is taking to climate and energy issues and we are pressing for similar policies on this (European) side of the Atlantic.

The letter also raises concerns about the EPA’s “endangerment” finding with regard to CO2, and urges the President to revisit the issue.  We argue that the finding has no sound basis in science, but provides a pretext for damaging and extreme environmental policies.

It is clear that the EU’s extreme green policies are doing huge damage to EU industry and EU competitiveness, and are driving energy-intensive industries out of the EU entirely, taking their jobs and their investments with them.

At the same time these policies have a trivial effect on the climate.  Billions spent on “green” investments amount to little more than gesture politics and virtue-signalling from politicians spending other people’s money.

The letter was signed by 20 MEPs from six EU member-states:

President of the United States of America,

We the undersigned, Members of the European parliament, would like to offer you our sincere congratulations on your election as President of the United States of America.  We are glad to affirm the high value we place on the Transatlantic Alliance, which has been such a force for peace, for prosperity and for the values we share.

We particularly applaud the new realism which you personally have brought to the climate issue and to energy policy.  We recognise the very positive impact which your decisions will have in ensuring the availability of secure and affordable energy in the USA, underpinning American competitiveness.  We on our part are pressing for similar policies on this side of the Atlantic.

We recall your campaign pledge to withdraw the USA from the Paris Climate Treaty, and we would urge you to put this into effect with as little delay as possible.  We believe that the Paris agreement is potentially damaging, especially to developed western economies.  We also believe that an early decision by your Administration to pull out of the Paris agreement will effectively neuter it, to the benefit of us all.  At the same time, we would urge you to take action to withdraw the carbon dioxide endangerment finding, which has no sound basis in science, but which provides a pretext for damaging and extreme environmental policies.

Policy developments under your leadership, Mr. President, are already very encouraging and exciting.  We look forward to following the progress of your Administration, and we offer you our support and encouragement in pursuing rational and effective energy and climate policies.